Your Update from Catherine 20

I am bringing out a special edition of my newsletter because I wanted to take this opportunity to thank all of you who worked so hard over the general election campaign.

There is no escaping the fact Thursday was a bitter night for the Lib Dems – we took huge hits up and down the country – but it is clear that it was fear that won the day.

I know as a party we couldn’t have done more. I made trips all around the South East region and was struck by activists, campaigners and party staff pulling out all the stops.

But while we were often doing 12 to 13 hour days out delivering and canvassing, the Tories were delving into their national campaign war chest to save their legs and fund deliverers.

It was myth and money that won this election, there’s no doubt about that.

But now something amazing is happening - more than 10,000 people have decided to join us in our liberal fightback! These new members will be the springboard to rebuilding the party from the bottom up.

These people are shocked and appalled to see just what a different beast the Tories are already proving to be governing alone.  From driving ahead with the 'snooper's charter' to making threats on our human rights, dismissing the need for environmental action to fight climate change and ignoring the plight of people seeking asylum after distressing journeys across hostile terrain and turbulent and dangerous voyages on the high seas. It is already, after just one week, becoming clear how important the steadying hand of Lib Dems in coalition was.

The country stands at a crossroads: one way leading to a strong and united Britain at the heart of the EU, the other to a little England isolated from its neighbours at home and abroad.

The voice of the Liberal Democrats and liberalism is needed now more than ever. 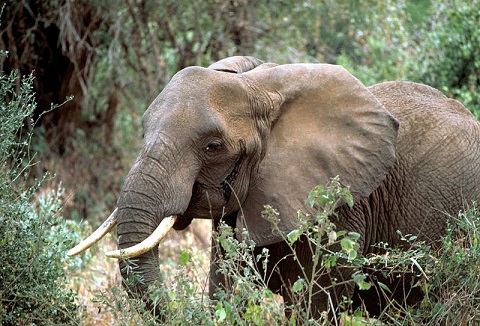 While I've been spending as much time in the UK as possible I've also been continuing work in Brussels and I have two exciting updates regarding wildlife.

First, I have some fantastic news that may also cheer you up - the Commission is going to come forward with an EU Action Plan on wildlife crime.

Wildlife crime is the fourth largest illegal trade in the world and yet, unlike the other three, there has never been an EU Action Plan implemented to deal with it, yet Europe is a major transit point and market for animal goods.

My group, 'MEPs for Wildlife,' which I set up in March, has been working to shine a light on the issue to get an action plan agreed to. While this is a major step we now have work to do to ensure the Action Plan is ambitious and comprehensive.

Secondly, there have been important developments to protect animals in transit.

Under existing EU legislation, animals must not be transported in a way likely to cause  injury or undue suffering. Journeys must also allow for regular resting periods  and feeding intervals.

Responding to a case referred to it by a German regional court in Bavaria, the  European Court of Justice today confirmed that these standards should apply to all stages of a journey if the point of departure is within the EU.

This is good news - animals are sentient beings, and just like us they suffer from long journeys without enough food, water or rest.

But, too often these rules are callously ignored, including when animals are shipped further afield. I will be doing everything I can to ensure EU laws on animal transport are properly enforced, both at home and abroad.