Your Update from Catherine 25

This month has been a busy one!

We all headed to Bournemouth for our biggest ever annual Conference. There we launched the party’s pro-EU referendum campaign, making it absolutely clear that the Lib Dems are going to fight to stay IN at the referendum on our membership of the European Union.

It was great to see so much support at our packed rally where we had speakers from the LD's European Group, business leaders, the European Movement and of course Tim Farron, who gave a really passionate speech on why the LD's will be there fighting a reasoned, passionate and clearly pro European campaign.  The 380 seats weren’t enough and many people had to stand!

If you’ve not seen the video of supporters telling us why they want to stay IN – watch it here.

This month’s update is a bit of a bumper edition: not only am I reporting back from a busy Lib Dem Conference, but I’ve been visiting many businesses and charities across my constituency - from fishermen in Whistable to the Wildlife Trust at Finemere Wood.

I’d also like to welcome our new subscribers! I hope you enjoy your first monthly update. I promise to keep you updated on my work both as MEP and referendum campaign spokesperson.

I’d like to thank everyone who joined us at the many fringe events at Conference and who came to my EU Referendum stall -  it was wonderful to speak to so many of you, all so enthusiastic about the challenges ahead in the referendum. 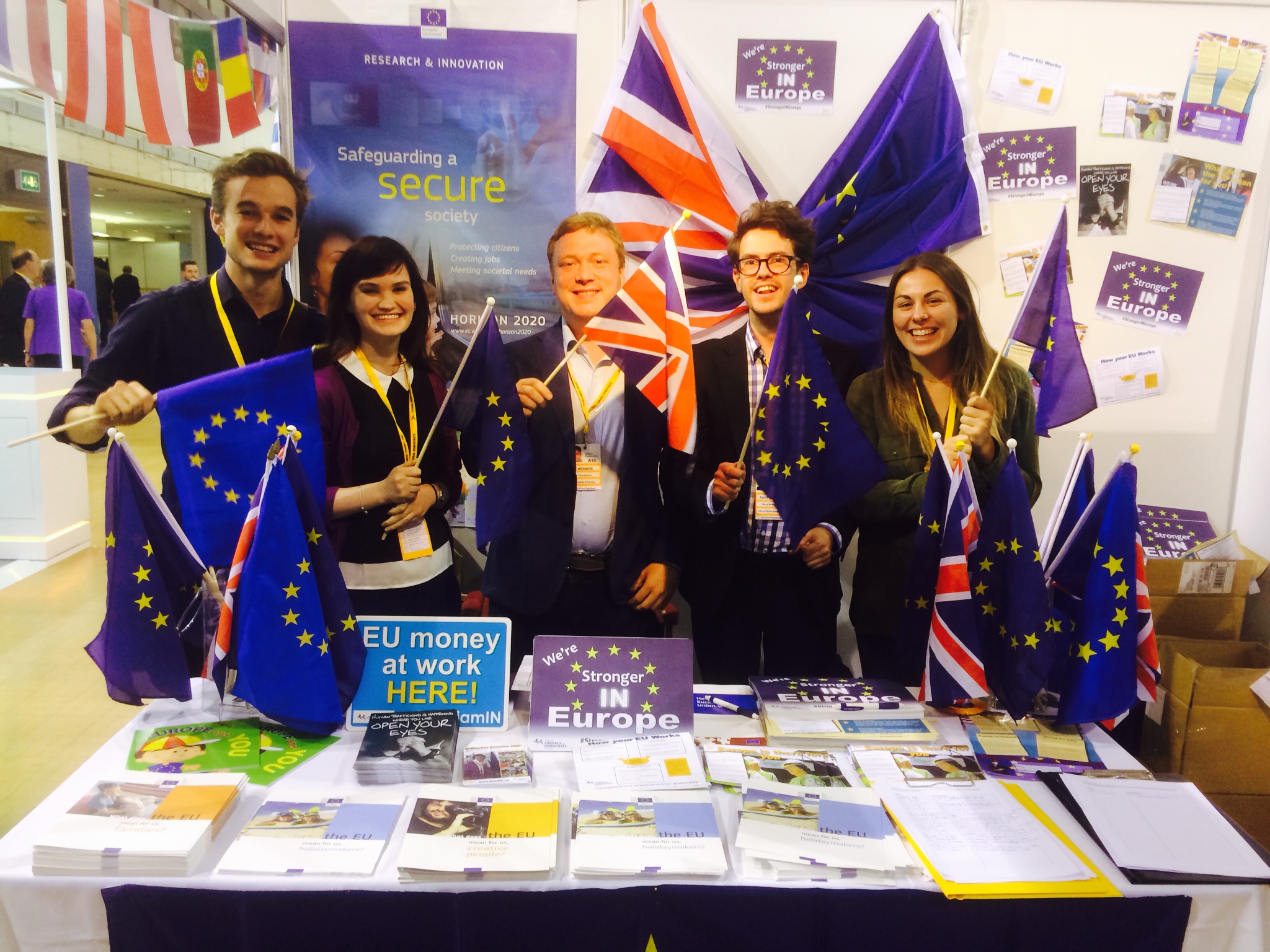 I am still recovering, and so are Team Bearder! I'd like to say a big thank you to all of them, as they worked so hard to organise the campaign launch, fringe events and staff the stand throughout the five days. The cherry on the top was winning the prize for Best Party Stand! Well done Henry, Emily, Ellie, Paul and Lewis.

I also spoke in many policy motions on the floor of the conference too, supporting amendments in the Trident motion, support to Creating Safe and Legal Routes for Refugees, and Urgent Action on Air Quality and Health as well as delivering my Parliamentary report where I took questions on my work on hunting trophies (see below for more on this), wildlife conservation, and the upcoming referendum – it was pleasing to be able to keep the many interested people up to date with my work.

The stories dominating the news revealing Volkswagen’s shocking cheating behaviour in the US has put a necessary spotlight on public health - and now it is the public putting pressure on companies to conform to emissions standards. 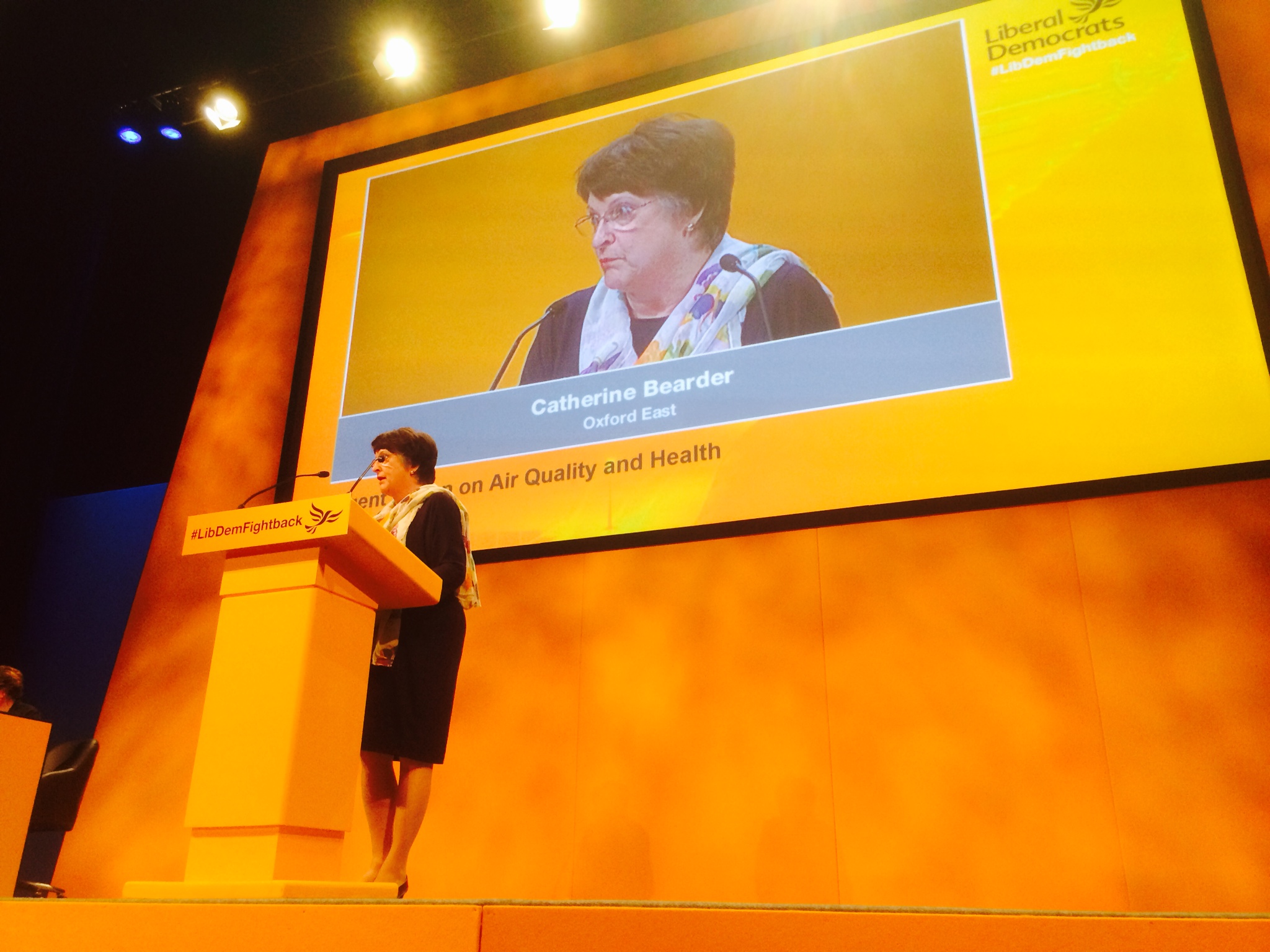 As the Volkswagen scandal broke last week, it emerged the company had been cheating pollution tests put in place to ensure the health of each and every one of us. It is an issue we have been working on in the European Parliament for some while.

Earlier in the month I wrote that diesel cars in the EU are producing emissions about five times higher than the permitted limit, with areas in my constituency like Maidstone and Oxford being some of the most at risk to these damaging pollutants.

Once seen as a way to tackle climate change, which has been a good move on that count, we now know that the switch to diesel has had a disastrous impact on ground level air quality. It is time the existing EU air pollution limits were properly enforced and not sidestepped or ignored, we also need to get better cooperation from the UK government and the manufacturers on the new tighter legislation we are developing at a European level. The longer we wait, the more lives will be tragically cut short.

I am devastated by the EU scientific committee decision to continue to allow the import of lion hunting trophies from Tanzania, Zambia and Mozambique. 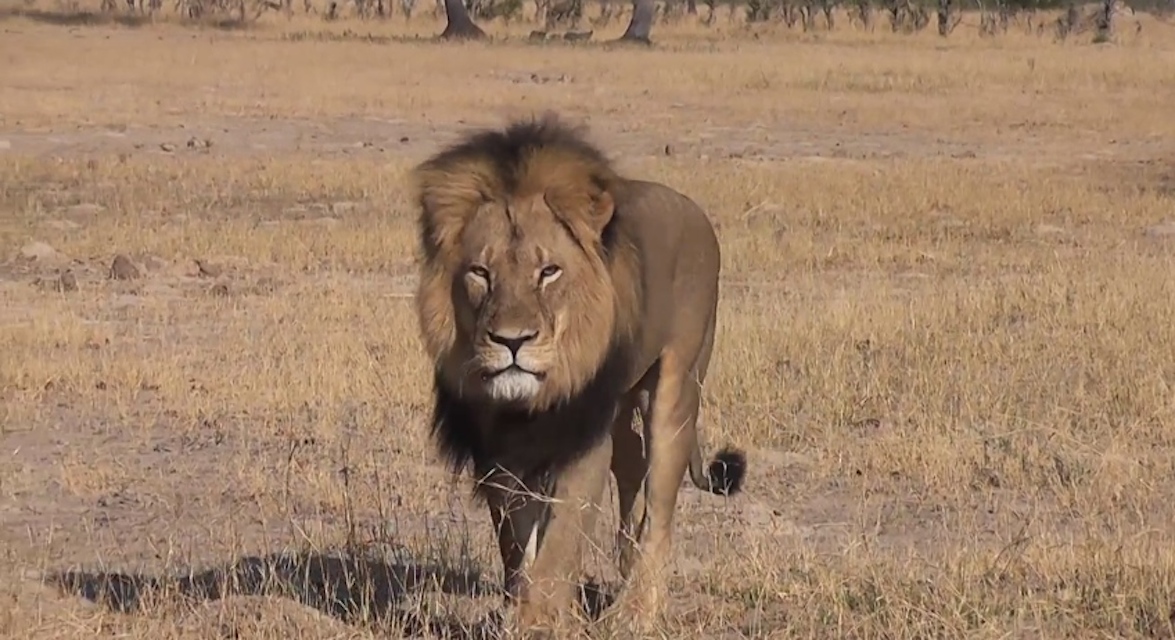 As many of you know I am passionate about preserving the world’s wildlife and that's why I founded the cross-party group, MEP’s for Wildlife. We work together on issues threatening our habitats and ecosystems. The killing of Cecil the Zimbabwe lion this summer proved that we could not have formed too soon.

Many of you have contacted me to share your concern about the decision. We need to get a better recording of what so many of the local workers tell us. That lion numbers are crashing in many of the areas where hunting takes place. I will continue to work on this issue to see if we can get a ban when the scientific committee next meets.

I visited Berks, Bucks and Oxon Wildlife Trust in the North of my constituency to see what membership to the EU meant for them. 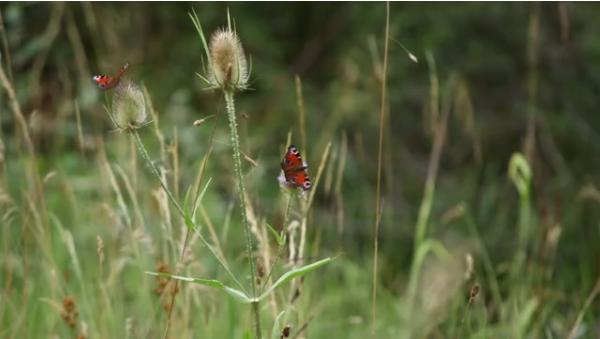 I met Tim Read and Estelle Bailey at Finemere Wood in Buckinghamshire where we discussed bats and bees.

Chatting to CEO Estelle, it became clear that protection by EU legislation is key to supporting the efforts of  the Wildlife Trust to make sure habitats are protected for generations to come.

Without the planning and development control at an EU level with the Birds and Habitats Directives, the damage wrought on our natural capital would be catastrophic. Watch the video here.

A Day Out in Kent

I was also lucky enough to spend an enjoyable day on the Kent Coast, meeting fishermen in Whitstable and small business owners in Sandwich. 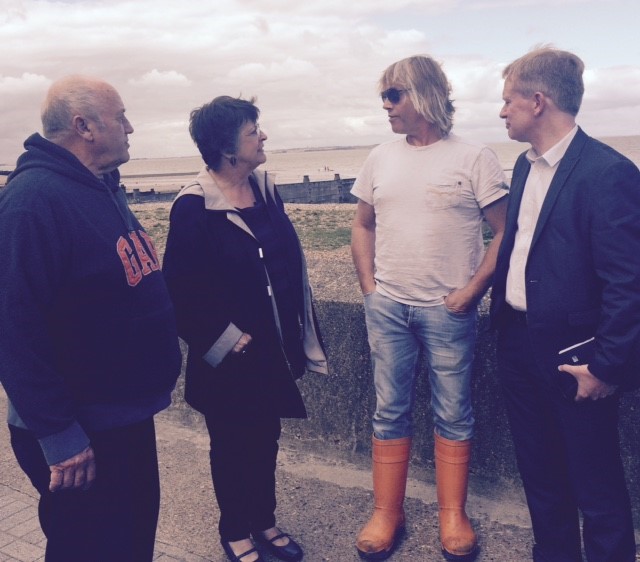 Bringing back childhood memories of colourful beach huts and cockles by the seafront, I visited Whistable to meet the small-scale fishermen who were as much of the spirit of the seaside town as the Oysters they caught.

I was there to discuss with them how important the balance is, between securing fish populations for future generations, and limiting the impact of new restrictions on small fishing communities, where they have been fishing these shores for generations.

The EU sets fishing quotas based on scientific evidence of depleting fish stocks, but it is the British government who decide how these are allocated across the fishing industry. It is important that we have a fair allocation across our waters to protect our small-scale fishing fleets.

After this meeting I have written to Fisheries Minister, George Eustice to ask for a meeting to discuss fairer allocations of fishing quotas.

In the afternoon I met twenty or so business leaders operating out of the Discovery Business Park in Sandwich. It was good to see how innovative they had been in restoring employment to this park which had been badly affected when Phizer withdrew most of their activities on that park. I was delighted to hear about new (and quiet) designs for wind turbines, new ways to finance start up businesses and how firms working together can gain by sharing their expertise and resources.

It was striking to hear how worried they were about our potential exit of the EU, and how much they supported our membership. I will be working with businesses like these to highlight the concerns of business owners up and down the country as we campaign on the referendum.

Our Cornish Pasties are safe! 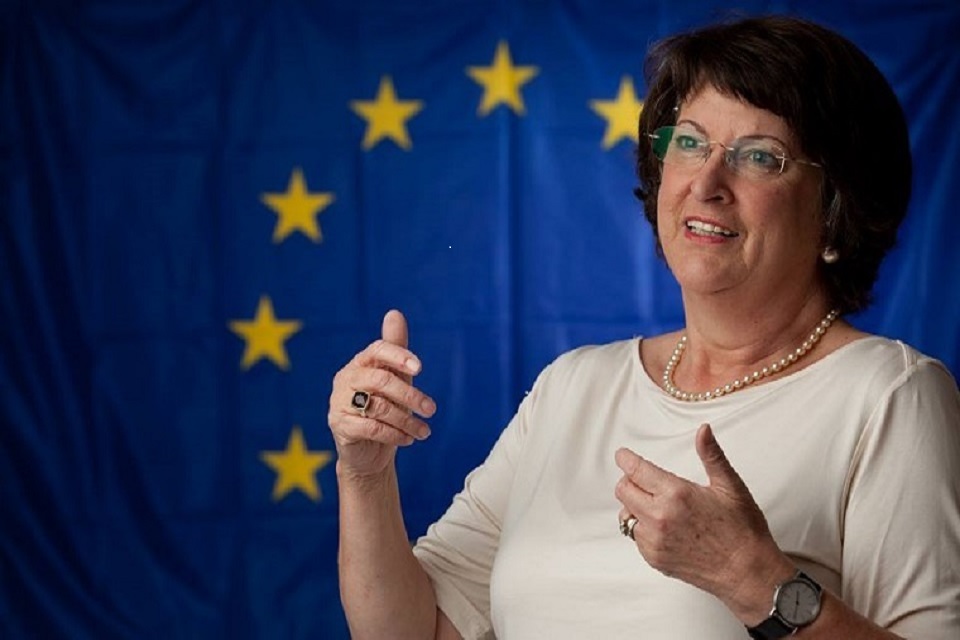 Despite rumours, TTIP will not allow American-made products to be marketed in Europe or anywhere else, as British or European.

That means that our bangers and mash (Cumberland Sausages) will continue to be protected - and may even be reinforced under the deal.

The EU deal with Canada, for example, strengthens the protection of our home-made products - Scotch Whisky is one of the many UK products protected under other global arrangements.

I think that Euromyth busting deserves a drink in celebration, maybe a glass of Scotch Whisky...

This is thanks to the research budget – now called Horizon 2020 worth £67 billion, the biggest EU Research and Innovation programme ever.

Thanks to this, British businesses, researchers and universities benefit from finance, networks and partnerships for innovation.