Wake up to human trafficking in your community, MEP has urged

Stay alert to the potential scourge of human trafficking in your neighbourhood, Catherine Bearder MEP has warned. 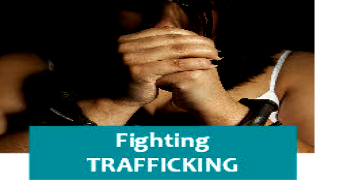 It comes as police investigating sex trafficking made two arrests linked to the disappearance of two teenage girls in Worthing.

A 34-year-old British man and a 25-year-old Nigerian woman were detained in Enfield, north London, on suspicion of trafficking on Monday.

They were targeted as part of a probe into alleged trafficking of young women from West Africa into Europe for sexual exploitation.

Mrs Bearder, an MEP for the South East, has spearheaded a campaign to raise awareness of trafficking in our communities.

She said: "This is good news and investigations such as this send out a powerful message.

"We must wake up to the fact trafficking could be happening in our streets, cul-de-sacs or blocks of flats.

"This is not a problem stranded in big cities, it impacts on every neighbourhood. The most important thing is making sure people know what to be aware of."

The UK Border Agency believes it has now disrupted a "significant organised crime group" suspected of being involved in trafficking.

The operation followed the disappearance of the two teenagers in Worthing, in March.

To learn about signs of human trafficking, log on at http://www.thea21campaign.org/signs-of-sex-trafficking.php