Victory over reform of Strasbourg Parliament

MEPs today sent a very clear signal to Europe's governments that they want the European Parliament to meet in only one location. 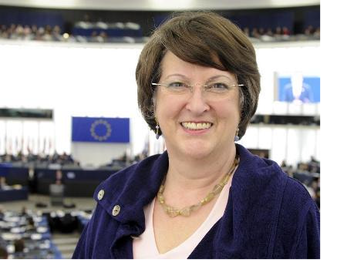 Though the European Parliament does most of its work in Brussels, its official place of work is Strasbourg. So for one week every month MEPs, their staff and the Parliament's staff all migrate to Strasbourg, at huge cost to the taxpayer.
The Parliament is obliged by the treaties to hold 12 sessions in Strasbourg every year, but in a vote today at the Parliament, MEPs voted by 357 to 253 to scrap one week in Strasbourg in 2012 and 2013 and hold the two October sessions during a single week.
Local Euro MP Catherine Bearder, who has campaigned for scrapping the Strasbourg seat, said,"The campaign to scrap the official Parliament in Strasbourg has gained huge momentum this week."
"Getting MEPs to travel to Strasbourg every month is like asking Westminster MPs, their staff, papers and the whole parliamentary support staff to move from the Houses of Parliament in London to Edinburgh once a month - its crazy!"
"How can the European Parliament spend £160 million a year on moving to Strasbourg every month, as well as paying the permanent staff there to do nothing whilst we are in Brussels, when teachers and nurses are losing their jobs because of public spending cuts?"
"Every month 736 MEPs, thousands of staff and lorries carrying 3500 trunks full of paperwork trundle there and back."
"Unfortunately, it is up to the 27 national governments to decide where the European Parliament sits, not the MEPs. But we will battle on until our campaign is won."