Urgent situation in the Democratic Republic of Congo

Catherine Bearder MEP today signed a letter to foreign secretary William Hague about the situation in Democratic Republic of Congo. 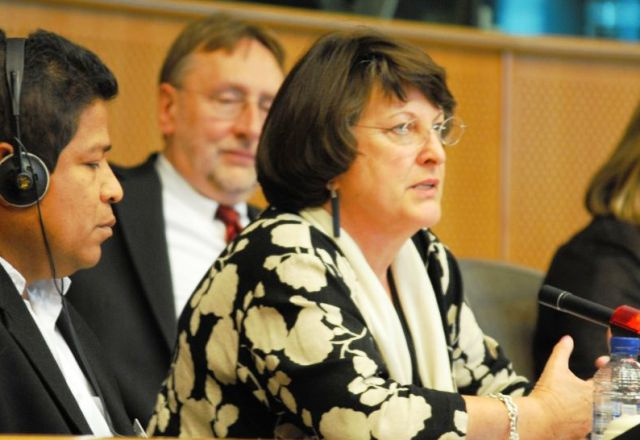 Here is the text of the letter...

We are writing to you to express our deep concern at the mounting instability in the Democratic Republic of Congo, following the Presidential elections on Monday 28th November 2011.

As you will be aware, scores of Congolese civilians have already been killed in election-related violence, amid accusations of fraud and logistical breakdown. A preliminary, unverified and partial release of the result has done nothing whatsoever to defuse panic.

With the United Kingdom set to send almost £800 million in aid to the DRC over the course of this Parliament, we see this election as being essential to ensuring the money is spent appropriately - on building infrastructure and furthering development.

As tensions mount, some three-thousand people have already fled across the border into neighbouring Congo-Brazzaville, fearing intensification of post-election violence, or worse a reversion to civil war, once the final result is announced later this evening.

In order to curtail the risk of greater bloodshed, we are asking you to condemn violence and demand greater transparency from the Congolese election commission, ahead of tonight's final declaration.

Should the United Kingdom fail to send a clear message now, it will be too late, heightening the risk of destabilization in Central Africa - a region of critical importance to the global community which can ill afford further insecurity.

The seriousness of this situation and the widespread risk to human life necessitates the immediate attention of the United Kingdom. As Foreign Secretary, we have confidence that you will move quickly to call for a peaceful resolution."