This week European Voice published a letter from Catherine Bearder MEP on the challenges facing her campaign to protect biodiversity. Please see the full text below: 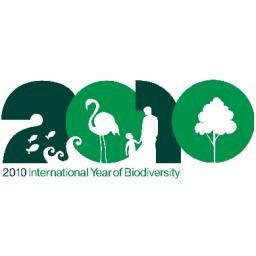 With barely three months of the year left, there is, unfortunately, little to show for the International Year of Biodiversity.

The Convention on Biological Diversity meets next month in Nagoya, Japan, and there is doubt whether participants will show the political will necessary to reach an effective and sustainable agreement ("The EU's environmental credibility under scrutiny", 2-8 September). But as Janez Potoc˘nik, the European commissioner for the environment, said last week, "we can't afford to mess up".

The message is not being heard. The furore that surrounded the Copenhagen climate-change conference is absent for Nagoya. The European Parliament last week failed to pass a written declaration on the need for protection of biodiversity. Why? Are there doubts about its importance to sustaining life and the threats to its overexploitation?

The evidence of biodiversity loss, and of the effects this will have, is unequivocal. The fields our farmers sow, the fish our fishermen catch, the plants our pharmacologists turn into medicines - these are products and services that entirely depend on biodiversity. Unfortunately, they are taken for granted.

There is a need to engage the citizens of Europe. Only clear and popular will for action will galvanise politicians to make the initial financial sacrifices necessary to protect biodiversity. Short-term costs win more attention than long-term benefits, while the evidence of the rewards of long-term investment goes unheeded.

Biodiversity could certainly do with some advice from climate-change campaigners. The two issues are intrinsically linked, but do not occupy the same place in the European consciousness.

We must protect biodiversity and our ambitions must be far-reaching. Bold action is needed. Campaigners, the European Commission and elected representatives all have important roles to play.

Apathy or a lack of understanding may account for the Parliament's failure to support the biodiversity declaration last week. But whatever the reasons, we cannot afford more of the same.