Students are set to descend on Brussels next week to demand the European Union does more to protect children from slavery. 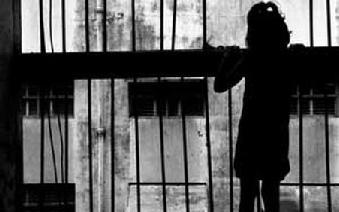 Pupils from Bishop Bell School, in Eastbourne, will on Wednesday present a petition loaded with 10,000 signatures to the President of the European Union.

They are calling for an end to preferential trade tariffs for Uzbekistan until its Government stops forcing thousands of school children to pick cotton during the annual harvest.

Five year ten students, along with Anti-Slavery International, were invited to the European Parliament by South East MEP Catherine Bearder.

She said: "This petition sends a powerful message to the European Union. Brussels must make it clear there will be no trade concessions to countries ignoring child slavery.

"It is great to see these young campaigners willing to put their energy into raising the issue."

Shannon Harris, 14, from Eastbourne, said: "When I learnt what was going on in Uzbekistan, it was unbelievable.

"Students my age are supposed to be in school studying, but are instead being forced to work in slavery picking cotton. Why is this still happening?"

Youngsters are rarely paid for their work and made to pick up to 50 kg of cotton a day, while being threatened with expulsion from school of they refuse to take part in the harvest.

Anti-Slavery International has said children who fail to meet their quotas or who pick poor quality cotton are reportedly punished by beatings, detention or told their grades will suffer.

"By rewarding Uzbekistan with trade preferences the EU is ignoring the reality of state-sponsored forced child labour in the country."

Neil Pittman, head of upper school at Bishop Bell, said: "After studying the UN Covention on the Rights of the Child, our pupils were shocked to hear that Uzbekistani children were forced by their government to work during the cotton harvest.

"The injustice of the situation was very clear to the pupils and they were concerned that cotton harvested by children may be used in the clothes they wear."