South East Liberal Democrat MEP Catherine Bearder visited the Hawk Conservancy Trust near Andover on Friday. Mrs Bearder discussed her campaign to ban a poisonous livestock drug called diclofenac that is threatening eagles and vultures around Europe, which is being supported by the Hawk Conservancy Trust. They also talked about the impact of the EU's nature conservation laws on the charity's work in protecting endangered birds of prey in the UK. 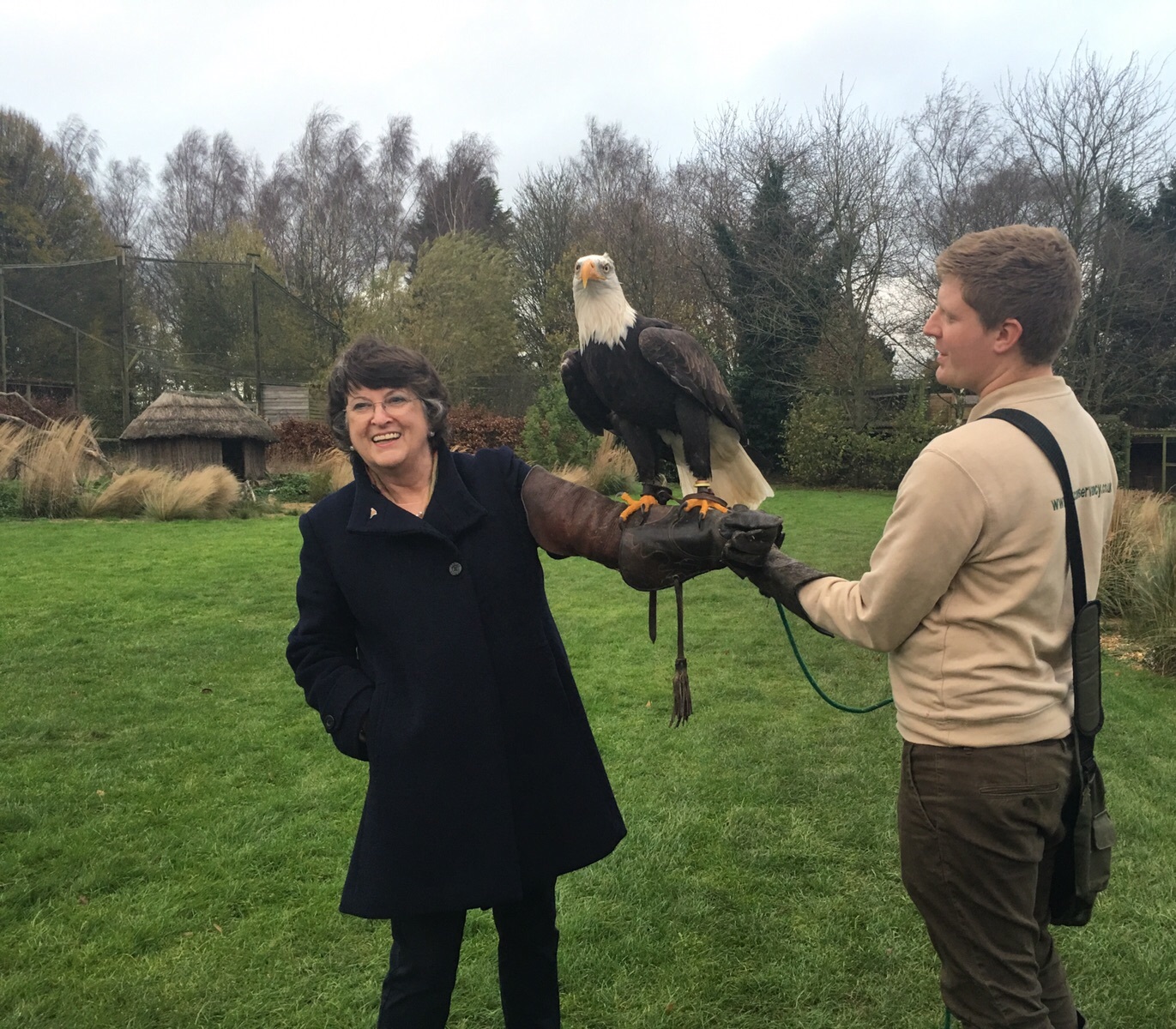 "The Hawk Conservancy Trust is a brilliant tourist attraction, but they also do some very important conservation work. It is vital that we preserve populations of birds of prey in the UK for future generations, from kestrels to eagles.

"I am delighted they are supporting my campaign for an EU ban on diclofenac, a drug that risks decimating birds of prey around Europe. I would urge anyone who wants to support my campaign to sign the petition on my website.

"We also had a good discussion about the importance of EU laws that protect endangered birds and habitats. Europe has the strongest nature conservation laws in the world, this is really important for protecting local wildlife and the environment."