South East MEP calls for protection of the Roma children

Catherine Bearder MEP has backed calls at the European Parliament for the protection of Roma children. 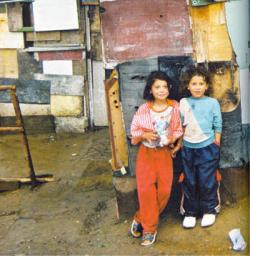 Recently the eye of the international media has been pointed at France for its controversial expulsions of the Roma people. However, in reality France is just one of many countries in Europe that his pursued this course of action. Between 2009 and 2010, Germany, France, Belgium and Austria all signed readmission agreement with Kosovo.

The European Commission promised to monitor the situation with Roma expulsions but still it continues to occur.

Catherine said, "While intolerance and concrete measures of exclusion are growing everywhere in Europe, we, as Members of the European Parliament, have to make sure that fundamental rights are respected."

'Every year, hundreds of Roma children are sent back to Kosovo, without assurance that their lives are going to be protected. Every year, very young children and teenagers have to face a journey to a country they might not even know and where they will face discrimination just because of their ethnicity and where they lack education, housing, and basic needs such as access to water."