This week the EU launched its scheme to reward cities working towards a green future. 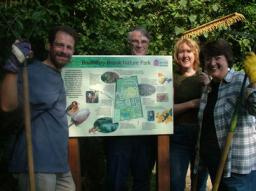 South East Euro-MP Catherine Bearder said, "many city councils in the South East are doing great work to lead a green revolution in the UK."

"I would love for the 2012 European Green Capital award to be given to a city in the South East and encourage our city councils to apply. It would be recognition of the great achievements being made here."

"Some of the biggest environmental challenges are found in cities. 80% of Europeans live in urban areas so the work done by our City Councils to protect the environment can have a hugely positive effect."

"Successfully dealing with carbon emissions, waste disposal and sustainable transport will benefit more than just those who live within a city's boundaries."