Signed up to stick up for animal welfare

The loss of biodiversity is happening right under our noses… and too many people choose not to listen, said Catherine Bearder MEP. 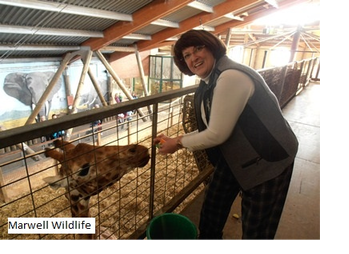 It came as Catherine joined the Intergroup on the Welfare and Conservation of Animals, which is the hub for animal welfare in the European Parliament.

The group has successfully lobbied for an EU ban on the import of seal products and spearheaded a call to outlaw cloning of animals in the food chain.

Catherine said: "People are concerned about animal welfare and I have pledged to protect biodiversity as part of my work as an MEP.

"So, becoming part of this group is vital in keeping tabs on EU institutions and their animal protection responsibilities.

"It is an extra pair of eyes to make sure animal conservation is top of the agenda."

In Europe, around 25 per cent of all species are threatened with extinction and worldwide an estimated 75 per cent of fish stocks are significantly depleted.

Last month Catherine urged other MEPs to "stop the silent massacre" of biodiversity and do more to preserve species and habitats.

She said: "I've said it many times before: but the loss of biodiversity is happening right under our noses. Too many people choose not to listen and not to see nature is dying around us.

"It's the right time to push animal conservation up the political agenda as all major European policies in agriculture, fishing, regional development, transport and energy are being reviewed."

Catherine in March wrote to the government in Cameroon offering EU support to stop gangs killing elephants for ivory.

Meanwhile, she has also been at the forefront of raising awareness to stop the trade in bushmeat and worked with charity LionAid to halt importation into Europe of lion trophies by hunters.

And Catherine is also urging the UK to stand firm against lobbying from the Canadian Government's plans to exploit controversial Tar Sands for fuel, which could damage vital habitats.