Commenting on the sentencing of Burmese opposition leader, Aung San Suu Kyi, Catherine Bearder MEP has labeled the decision a "slap in the face for democracy". 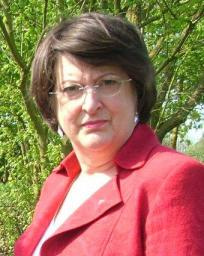 After being found guilty of breaking the terms of her house arrest, Aung San Suu Kyi will be forced to spend the next year and a half confined to her house in Rangoon, meaning she will not be able to take part in the upcoming elections in Myanmar.

"There aren't many people that will be fooled into thinking this sentence is anything but another attempt by the Military regime to stamp out the opposition and trample all over Burmese democracy."

"Despite pressure from the international community, the Government in Myanmar refuses to offer the Burmese people the democratic rights they deserve. This latest incarceration of Aung San Suu Kyi is yet another example of this."

"Aung San Suu Kyi must be released immediately and be free to take part in next year's election."

"The British Government must work closely with the other European states to form a stronger European response and put greater pressure on this undemocratic and totalitarian regime."