Saving the Turtle Dove this Christmas

The turtle dove has long been a symbol of Christmas and the loving bonds that bring us together at this time of year. But now the Twelve Days of Christmas risks becoming eleven, as the iconic species comes increasingly under threat. 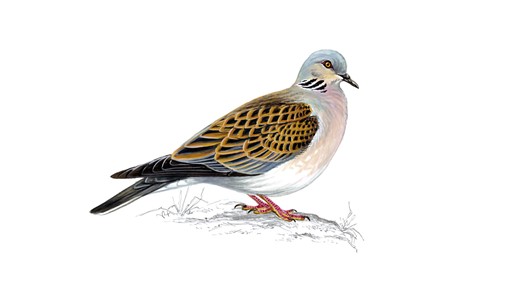 The bird's distinctive, purring call was once a common feature of the British countryside. Now it has become increasingly rare as the birds are confined to ever-shrinking patches of East Anglia and theSouth East. The latest figures show that we have lost a shocking nine in ten turtle doves in the UK since 1970.

The decline has been so dramatic that earlier this year turtle dove was added to an official red list of highly-endangered species, alongside lions and elephants. The stark truth is that unless we take action to protect them, we risk losing this treasured bird from the UK altogether within the next decade.

Earlier this year I was proud to be named as the RSPB's MEP species champion for the turtle dove. I've been fighting at the European level to combat some of the causes of the species' decline. There are four main factors behind the huge fall in turtle dove numbers. These are the loss of suitable habitat in both their breeding and non-breeding ranges; potentiallyunsustainable levels of hunting and disease.

Hunting is affecting turtle dove populations across their European breeding grounds. Every spring, hunters in Malta shoot and trap thousands of migratory birds as they fly over the island. Malta is now the only country in the EU that allows spring hunting of turtle doves. EU conservation laws ban the killing of endangered birds, but Malta still has a derogation to do so during the spring period. Several other countries also allow the hunting of turtle doves in the autumn.

Ever since he took office, I've been piling the pressure on the EU's Environment Commissioner Vella to demand that laws protecting turtle doves from illegal hunting are strengthened and properly enforced. These migratory birds belong to the whole of Europe. That is why we need strong EU laws to ensure they are protected at each stage of their journey. So I'm pleased that following this pressure the EU is taking Malta to court for breaking rules that protect birds.

The other major threat facing the turtle dove is the gradual loss of their natural habitat and breeding grounds. Earlier this year I visited one of the last remaining areas in England where the species is still found, at the Dungeness reserve in Kent. Here the RSPB is working with local farmers to create more nesting and feeding habitat for turtle doves as part of Operation Turtle Dove – a partnership with Conservation Grade, Pensthorpe Conservation Trust, and Natural England. This vital project is developing practical solutions to reverse the decline in turtle dove numbers and help them to thrive. Their work is strengthened by the EU's conservation laws which protect areas with precious natural habitats like Dungeness from overdevelopment. Together the Birds and Habitats Directives, the backbone of the EU's nature conservation policy, provide a powerful framework for protecting threatened species across Europe.

But now these laws themselves are under threat from a sweeping review taking place next year. Many are concerned that this could lead to the EU's nature conservation laws being watered down by national governments including the UK who view them as yet more red tape. This would be a travesty. Where they have been properly implemented, the Birds and Habitats Directives have led to tremendous results. Species like the turtle dove depend on this strong international framework to survive. If EU conservation laws are weakened, we risk losing them and much more of our shared and treasured wildlife.

That is why I have co-authored a European Parliament report on the EU's biodiversity strategy that makes it absolutely clear that European nature laws must be properly implemented and not watered down. The report is being voted on by MEPs on today  just three days before Christmas. Let's hope it will help save the iconic turtle dove for many Christmases to come. And let's remember that the argument about Europe is about more than just trade. It's about working together to protect wildlife and the environment for future generations