Profit before environment again at BP

BP's announcement that it intends to fund the first $2.5 billion spent on the Sunrise tar sands project in Northern Alberta has provoked outrage from environmental campaigners. 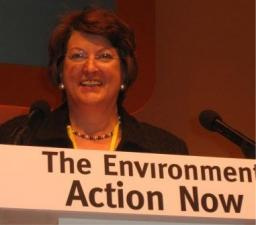 Tar sands are a controversial method of oil refinery that have attracted significant criticism from environmental organisations in Canada and throughout the world. Lib Dem spokesperson for the Canadian-EU Trade Agreement Catherine Bearder MEP has campaigned for tight restrictions on tar sands in the CETA.

On hearing the announcement Mrs Bearder commented, "After the environmental disaster in the Gulf of Mexico, it is outrageous that BP continue to act with total disregard for the environment."

"Refining oil from tar sands can produce nearly four times the amount of greenhouse gases that conventional sources produce. It releases toxic chemicals into the ground, pollutes rivers and leads to deforestation."

"In the boardroom of BP the oil spill clearly did nothing to change their environmentally-damaging behaviour."

"Once again BP is putting profit before the environment."

The production of bitumen and synthetic crude oil emits more greenhouse gas (GHG) than the production of conventional crude oil, and has been identified as the largest contributor to GHG emissions growth in Canada, as it accounts for 40 million tonnes of CO2 emissions per year

In January 2008, the Alberta government released Alberta's 2008 Climate Change Strategy. Alberta's emissions are projected to grow to 400 megatonnes (Mt) by 2050, largely due to forecast growth in the tar sands sector.