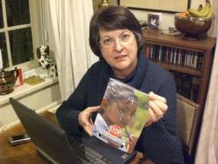 It comes after 16 people were earlier this year arrested over an alleged child abuse network in Oxford involving dozens of girls.

Catherine said: "This is a strong statement of intent from Thames Valley Police, despite the mounting financial pressures the force has faced.

"I have been saying consistently this is not an issue which only affects 'other communities', it is happening in all of our towns and cities.

"We have seen vile reports from across the country and it always shocks people how this terrible abuse happened right under their noses."

The police fund will be available up to 2014, and could include bringing in outside firms to work on analysis of computers.

It is thought to be the first time cash has been specifically aimed at stopping child exploitation.

Catherine added: "Child abuse is happening because criminals are exploiting demand… they must be stopped.

"Today is a bold and important step, but it is only the start of making sure abusers are caught."

Catherine has been spearheading a campaign aimed at raising awareness of trafficking into crime and the sex industry around major sporting events, such as Euro 2012.