Commenting on the Oxford Serious Case Review, which found that between 2005 - 2010 there was almost no understanding of child sexual exploitation in Oxfordshire and high numbers of young girls had been found to be sexually exploited, human trafficking campaigner, Catherine Bearder, said: 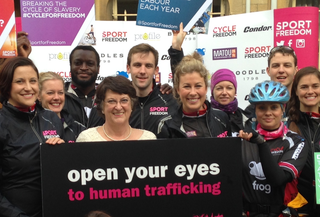 "We should all be really concerned to hear the results of the serious case review, unfortunately I'm not shocked. Human trafficking is far more widespread than many of us would care to admit, and it happens in every community. The big issue here is how long it went on with vulnerable girls being abused for so long without recognition by those who should have been protecting them.

"DCI Morton's work must be commended. He was absolutely key to seeing the pattern of abuse and bringing the issue to the fore.

"Those people who have senior management roles who should have been overseeing the structures and are paid generously for this level of responsibility should now consider their positions, and that means right to the very top.

"It is now clear there have been failures within both the social services the police, by the very people who should have been protecting these vulnerable young girls and those responsible should look to their consciences to make the right move now.

"Both Joanna Simon and Sara Thornton should consider their positions and their ability to continue in these roles. In both cases I find it worrying that they are reportedly both moving on with promises of promotion or golden handshakes. How that will build trust with victims I fail to see.

"The most important thing to remember is the truly horrendous experiences these girls have been through. Their welfare, how we stop future crimes, care for any future victims of trafficking and how we should all spot the signs and report it should all be clear now."