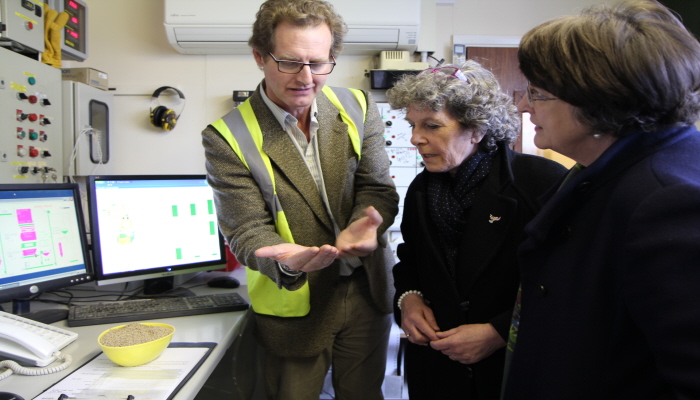 Local farmer, Martin Humphrey voiced his concerns about the changes that could lead to a drop in organic production across the EU.

After a detailed discussion over the difficulties that may arise as a result of the proposals, Catherine has agreed to seek amendments to the legislation to give a fairer deal for all farmers.

Humphrey Feeds specialises in the rearing of young egg-laying chickens and the production of poultry feed. Like many farms in the UK, Humphrey Feeds is a mixed holding, meaning it produces both conventionally and organically.

Catherine Bearder commented "The visit to Humphrey Feeds has really brought home the challenges facing the organic farming industry to me.

"Farms across the EU must be allowed to produce both conventionally and organically.

"Obstacles that discourage farmers from producing organically must be investigated and resolved quickly.

"I hope the amendments will alleviate the problems that are likely to arise in the production of organic farming."