Nick Clegg comes to visit me (and others)! in Strasbourg

Last week I welcomed Nick Clegg to Strasbourg for a series of meetings. It was good to see Nick doing what Theresa May and her team should be doing more of: reaching out to EU decision makers to foster stronger relations. 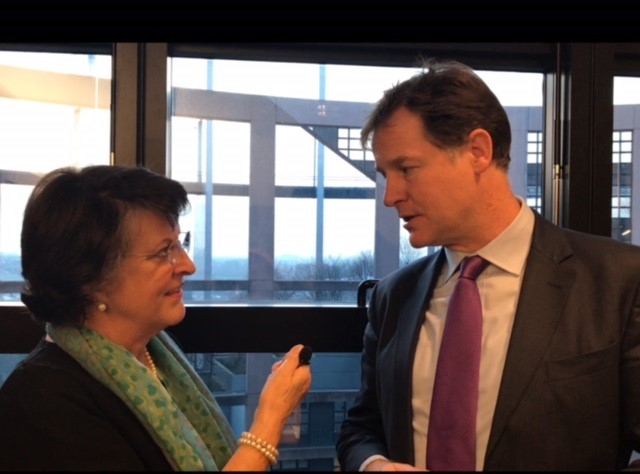 I mentioned that I have heard from many colleagues that many Westminster politicians are coming around to the idea of a vote on the Tory Brexit deal - although they are not prepared to act yet. But time is not on our side, decision will have to be made soon.

That’s why Nick raised the point in all of his meetings that it would be helpful if the EU27 and the institutions would have a plan (or allow us to extend Article 50) if the deal was rejected by the Commons, put to a referendum or in the eventuality of an election.

At the moment, what isn't made clear enough is that once we get to the transition period we have left the EU - it doesn’t buy us more time, it will be too late to reverse then. That’s why I was so delighted to see Nick making this point so diplomatically and to hear many in Brussels warming to the idea.