National ministers meeting in Brussels have set annual fishing quotas that will allow fish stocks to recover in 2014. 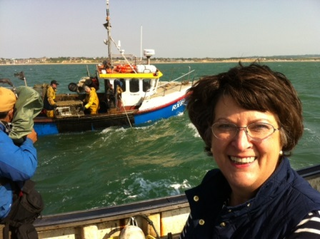 The reformed EU Common Fisheries Policy, which will legally require fishing quotas to be set at sustainable levels based on scientific advice, does not technically come into force until 2014.

However, ministers agreed to abide by the new rules for setting the catch and days-at-sea limits for 2014. Under the new quotas, 30 fish stocks will be at scientifically-advised maximum sustainable yield (MSY) levels by 2015, up from 25 stocks at present.

Fishermen are also to receive support to help them adjust to the forthcoming ban on discarding fish.

Local Euro-MP, Catherine Bearder, vice-president of the cross-party 'Fish for the Future' group to campaign for reform of the Common Fisheries Policy, commented:

"This is an important step towards sustainable fishing in Europe. Ministers have shown they are at last willing to implement reforms and to set quotas in line with scientific advice.

"I am concerned that the small fishing fleets like those in Hastings and Eastbourne get their fair share. It's important to remember that these are the people who have always fished sustainably."

"Many of the cuts in quota for 2014 will make life very hard for South East fishermen but the recent landmark vote by the European Parliament that for the first time requires Member States to include social, environmental and economic criteria when allocating quota to fishermen, rather than on questionable historic rights as in the past, gives government the opportunity to reward local smaller scale fishermen for their use of sustainable fishing methods and should go a long way towards offsetting the reductions that fishers are facing."