Native wildlife to be protected from invasive species under EU proposal

Local Euro-MP, Catherine Bearder, has today welcomed news that the European Parliament has backed proposals to tackle the spread of non-native animals and plants throughout the EU. 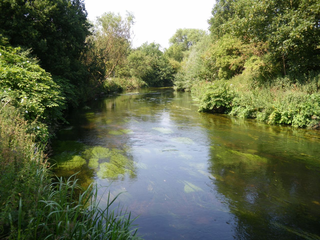 Mrs Bearder has worked to raise this issue up the agenda and was instrumental in the new report.

These species can pose a major threat to local biodiversity. The new proposals could aid the work of organisations such as the Kent Wildlife Trust at the North Kent marshes with the American mink, which have been devastating water vole populations there. Water voles have taken a hit nationally in recent years.

Some plant species such as Japanese knotweed have also caused significant damage to buildings while other pests have damaged agricultural yields or threatened human health by spreading disease.

Under the proposals, national governments would have to work together to detect invasive species on a list of particular concern and implement measures to minimise the harm they cause.

Initially this list was to have a fixed cap of 50 non-native species, but MEPs have called for a more flexible approach that can be rapidly adapted.

The new law will require EU countries to analyse how invasive species enter the country, step up official checks at EU borders and develop long-term action plans on how to manage the troublesome species.

"Invasive species pose a major threat to local native plants and wildlife, but they can also pose a threat to our agriculture, buildings and to human health."

"They do not respect national borders and can be easily spread through trade and travel as well as from the pet trade, so it's vital we work alongside neighbouring countries to combat them.

"We need action at the local level to minimise the damage being caused, but even more important is preventative action at the national and European level to stop these troublesome species being introduced in the first place."

Richard Shaw, based in Egham, Surrey is regional co-ordinator for CABI, an international scientific research organisation. He is coordinating research into whether 'natural enemies' can be used to control Japanese knotweed. Dr Shaw was involved in the consultations for the EU report and has also contributed to the recent Environmental Audit Committee inquiry in to invasive alien species.

Dr Shaw agreed with Catherine, adding: "Invasive Alien Species do not respect borders and a collective effort is required by all Member States, especially neighbouring ones, to optimise our chances of dealing with such a cross-cutting issue."

James Farr, from Sparsholt College, Winchester, is studying invasive plants on the Hamble Estuary. He concluded:

"Invasive alien plants are one of the factors contributing to the modification and loss of native habitats. With the increase in commerce and travel it is likely the problem of alien plants will escalate, therefore steps to prevent the spread will be beneficial in preserving valued habitats and reduce the financial burden on future generations to restore habitats."