Catherine Bearder MEP has written to the local South East press about the European Parliament's tightening of animal experimentation laws. Please see the full text below: 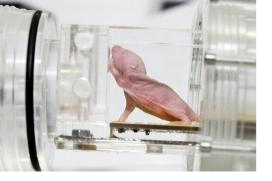 This week the European Parliament agreed new controls on the use of animals in laboratory testing across Europe.

Around 12 million animals, mostly rats and mice, are used in experiments across the EU each year. Half of these are for drug development and testing, a third for biology studies, and the rest for cosmetics tests, toxicology and disease diagnosis.

As the wife of a primatologist my interest in primates' welfare precedes my time in Parliament. I am pleased that the new rules are a step in the right direction, but disappointed they don't go far enough. The legislation will undoubtedly raise standards across the continent but questions still remain over how effective it will be. Those countries with higher standards cannot reduce them, but the rest will now have to improve to meet these standards.

The use of non-human primates are now subject to greater restrictions, and the use of great apes in scientific procedures, whilst previously banned in UK, is now banned across the EU - something for which Liberal Democrat MEPs have been campaigning for some time.

The new directive outlaws the collection of animals from the wild for use in experiments. My main concern however is over this rule's enforcement. How do we police this effectively?

The new rules also fail to deal with the problem of second generation wild primates. Whilst primates cannot be taken from the wild for experimentation, they can and are taken for breeding. As their offspring are born in captivity they are then sold for use in experiments.

This new legislation is a step in the right direction but much more must be done, which is something that I will be working towards.