A move to end the EU travelling circus between Brussels and Strasbourg has been backed by Catherine Bearder MEP. 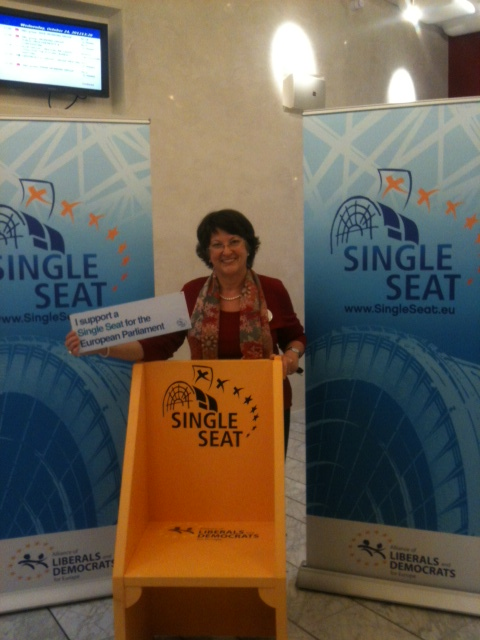 MEPs have voted overwhelmingly to use powers under the Lisbon Treaty in an attempt to pave the way for a single EU parliament seat.

A campaign has gained widespread support to scrap the monthly journey when the parliament shifts from Brussels to Strasbourg.

The aim is to slash the extra 180 million Euros per year, which are shelled out on moving sessions from Belgium to France.

It would also cut an extra 19,000 tonnes of CO2 emissions every year.

Catherine said: "The parliament is telling national governments we will use our new powers to the corner of this anachronistic agreement.

"It is a waste of time, money and even damages the environment."

In a bid to cut costs, MEPs voted to merge two Strasbourg sessions into one week this month.

However, France is taking the European Parliament to the European Court of Justice over the move with a judgement expected later this year.

Catherine added: "The Liberal Democrats are taking the lead in making radical changes to the way the European Union works.

"We receive huge benefit from being part of the union, but it can work better.

"I've said it many times before and I'll say it again, we must stop this travelling circus."