To mark EU Anti-Trafficking Day, Catherine Bearder MEP has issued a stark warning: Brexit means the UK should get ready to house thousands more human traffickers as they flee Europe. 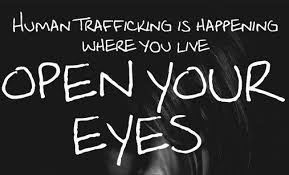 As a member of the European Union, the UK currently has access to many of the cross-border crime fighting agencies such as Europol, the EU’s policing service and the European Arrest Warrant which allows countries to bring criminals back to face justice where the crime was committed.

“Human Trafficking is happening all around us – you may not realise it, but it’s happening in your town and near your street.

“Given networks span several countries and continents, it is impossible for any country to address this growing issue alone.

“By risking us crashing out of the European Union with no crime-fighting measures in place Mrs May is sending a clear message to traffickers: ‘come in, the U.K is open for business’.