Dogs and domestic cats may be the most conventional and numerous companion animals, or 'pets', but wild animals, such as snakes and lizards, and even meerkats and monkeys, are increasingly in demand around homes in Europe. 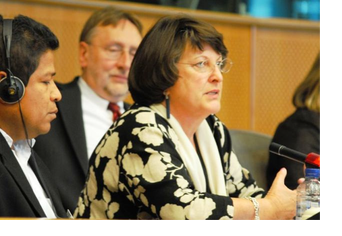 Wild in nature and often unpredictable, these animals are not only potentially dangerous to people, able to inflict severe physical injury, or transmit harmful diseases, but they suffer.

Requiring specialised care and specific living conditions, many wild pets become too much to handle and are simply abandoned, causing serious problems for the local environment and native species and can cost billions of Euros to be removed.

A new report, 'Wild Pets in the European Union', launched today at the European Parliament, provides an insight into the legal and illegal trade in and keeping of wild animals in European households.

It provides evidence that these animals pose a threat to their often inexperienced keepers, other animals, indigenous species and the natural environment.

Daniel Turner, co-author of the report and spokesperson for ENDCAP, the coalition of NGOs behind its publication, said: "The trade not only threatens biodiversity and the local ecology but, many experts agree, represents an increasing risk to the health and welfare of European citizens.

"Animals, particularly those caught from the wild, may carry harmful pathogens that are potentially infectious to humans. Such diseases are called zoonoses. More than 60% of all human infectious diseases and up to 75% of emerging diseases may be traced to wild animals.

"Well-known examples include avian influenza and psittacosis from birds; salmonellosis from amphibians, reptiles and birds; and hepatitis A, tuberculosis, monkey pox and herpesvirus simiae-B from primates."

Fish, amphibians, reptiles, mammals and captive-bred birds are all imported into the EU and traded between EU countries, and are commonly kept as 'pets' by members of the public.

Meanwhile the majority are traded legally, 25% are thought to be imported illegally, with the majority likely to be captured from the wild.

Annual records indicate that legal imports include approximately 1.5 billion ornamental fish; 10 million live reptiles; millions of captive-bred birds and small mammals (such as prairie dogs and meerkats); and increasing numbers of non-human primates, although the majority of these end up in medical research rather than as pets.

Catherine Bearder, a Liberal Democrat MEP for the South East, hosted the launch of the report 'Wild Pets in the European Union' on Wednesday at the parliament.

She said: "The sheer amount of legal imports of wild pets into the European Union each year is staggering and reflects an increasing demand from the public. But the ENDCAP report goes to great lengths to show just how difficult it is to care for these unfamiliar, unpredictable and dangerous animals.

"Aside from the risk to European citizens, there is also the impact to consider on the sustainability of these animal populations in their natural habitats. It must be stopped. I intend to make sure the European Commission fully digests this report and considers stringent, urgent rules to bringing this trade in wild pets under control."

The EU's multi-billion Euro exotic pet industry is one of the largest international markets for wild animals, with outlets including pet shops, garden centres, street markets, via newspaper advertisements and, increasingly, online via the internet.

Will Travers OBE, CEO of the Born Free Foundation and President of the Species Survival Network, has expressed concern about the loss of biodiversity which the capture of and trade in wild animals causes.

He said: "Harvesting methods used to collect the animals can result in serious disturbance to habitats, displacement, injury and death. For example, an estimated 90% of wild reptiles captured for the pet trade die before the end of their first year in captivity.

"Of over 5,000 respondents to an EU Commission survey on Invasive Alien Species (which ended in April 2012), more than 80% indicated they wanted greater restrictions on the sale of exotic species of animals and plants."