Make it a Fairtrade Easter with traffick-free chocolate

Shopkeepers and supermarkets are being urged to make sure their shelves are next year stocked with Easter eggs made with traffick-free chocolate. 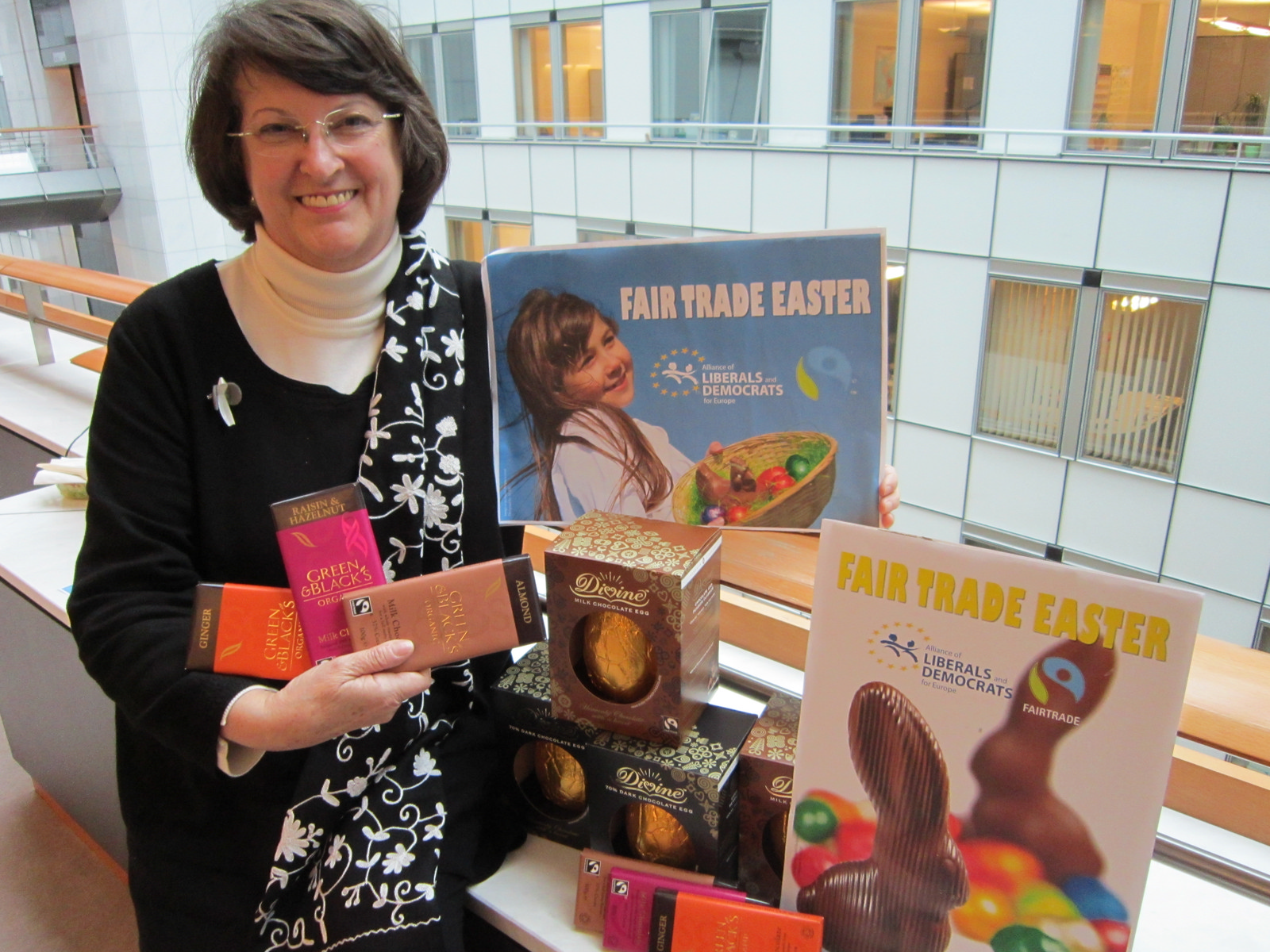 Catherine Bearder, an MEP for the South East, has recently visited a cocoa factory in the Ivory Coast and is working to help improve the industry.

She is also supporting charity Stop the Traffik's campaign calling on shops to make sure Easter eggs they sell are not made using child labour.

Catherine said: "I have found it increasingly difficult to buy Easter Eggs which are Fairtrade and think the change will only happen with pressure from shoppers.

"I am encouraged by European Union efforts to ensure there is a fair deal for African farmers producing cocoa.

"But more needs to be done to stop exploitation of child labour on plantations… and we can start by demanding changes in the shops we use."

Stop the Traffik has produced a letter for supporters to send to their shopkeeper or store manager, encouraging them to stock chocolate branded with a Fairtrade, Rainforest Alliance or UTZ logo.

The European Parliament is working towards a new international cocoa agreement, which is aiming to regulate the industry and includes tackling child labour.

In December, global food giant Nestle agreed to work with the Fair Labour Association in a bid to clampdown on children working on cocoa farms which supply its factories.

Stop the Traffik has said children are trapped in the worst forms of exploitative labour across West Africa where two thirds of the world's cocoa is sourced.

And last year Catherine called on the European Commission to work to stop human trafficking in countries such as Ghana and the Ivory Coast.

"A year is a long time for a child trafficked onto a cocoa plantation, but it is more than enough time for stores to restock their shelves in a Fairtrade way."