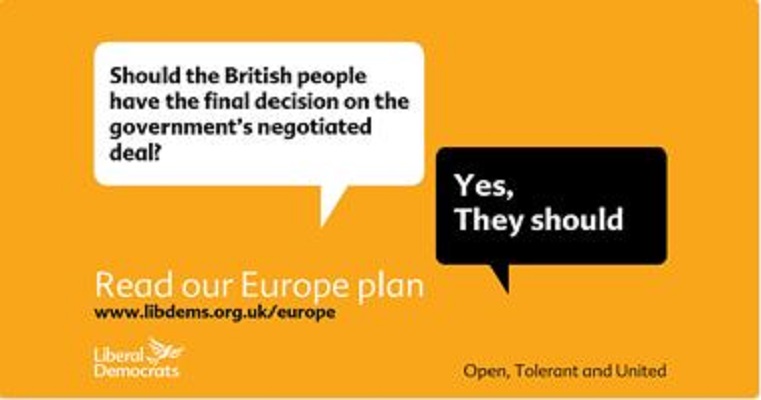 The Liberal Democrats today demanded that the British people be given the right to vote on the government’s negotiated Brexit deal, making them the only party with a comprehensive plan for Britain’s relationship with Europe.

“We demand that the British people should have their say on the final deal in a referendum. And in the meantime we will hold the Conservative Brexit Government to account and fight for the best possible deal for Britain.

“Voting for departure is not the same as voting for a destination.

“The British people should be allowed to choose what comes next, to ensure it is right for them, their families, their jobs and our country."

"The British people were never told what the UK's new relationship with the EU would look like.

"Yet this momentous decision will affect our economy, environment and influence in the world for decades to come.

"The public must be consulted to give a proper democratic mandate for the final deal that is reached."