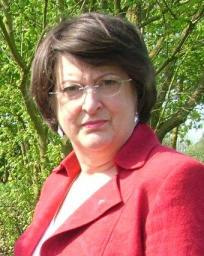 Catherine Bearder took part in an action day, which included demonstrations at the European Parliament in Strasbourg, as well as outside Irish embassies around the world.

She joined more than 50 MEPs, including fellow Lib Dems Rebecca Taylor and Sarah Ludford, who have sent a joint letter to Irish Prime Minister Enda Kenny following the death of Savita Halappanavar.

Catherine said MEPs have called for immediate action to introduce legislation permitting abortion in cases where the mother's life or health is endangered.

She added: "The tragic death of Savita is a wake-up call for legislators in Ireland to stop dragging their feet and allow abortions in cases where women's health and life is under threat through pregnancy complications.

"The Supreme Court in Ireland, as well as the European Court of Human Rights, made it crystal clear: women must be allowed to terminate a pregnancy when their life and health is in danger."

Sarah Ludford, a Lib Dem MEP for London, said: "While abortion law is a national responsibility, human rights abuses in any EU country are the concern of all Europeans."