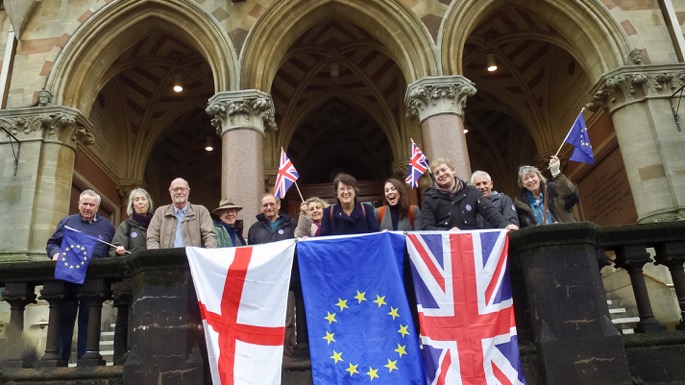 She spent the morning on Winchester High Street surveying shoppers and putting across the arguments for why being in the EU benefits the area. Despite the bad weather, she succeeded in getting several residents to sign up to her campaign.

"I was delighted to be able to speak to so many people about Europe. We discussed what being in the EU means for the area and how it could be improved. I heard a broad range of views, but I was really struck by how engaged people are in this crucial campaign and how many are keen to get involved.

"I hope the referendum campaign will be an opportunity to have a full and honest debate about the EU and the benefits it brings to the local economy.

'I believe being in the EU is hugely important for Winchester. Ease of travel means more visitors arriving from the continent which boosts the local tourism industry. Winchester University also benefits from EU funding and being able to attract hundreds of students from around Europe.

"Of course the EU isn't perfect, but overall I think we're far better off working with our European neighbours than going it alone."