Today the European Parliament voted on a Parliamentary Motion calling on EU Governments to properly fund the Natura 2000 sites which provide vital protection to endangered species. The Motion, which was voted in by over 600 votes, was a response to the Commission's Nature Action Plan which was adopted to ensure the Birds and Habitats Directives were more effectively implemented.

To coincide with the vote, UK Environment Committee MEPs have written to Environment Secretary Michael Gove asking him to make clear UK Government plans to fund these sites and ensure collaborative work to protect our biodiversity continues in the event of Brexit. 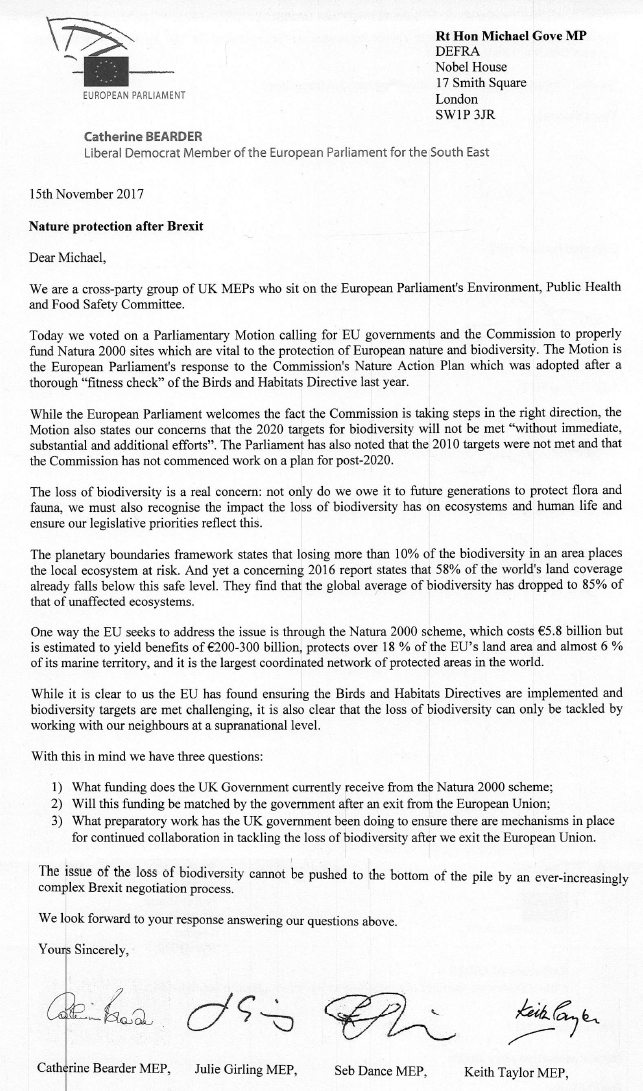