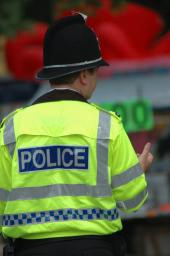 Teacher Jeremy Forrest, who has today been found guilty of abducting a schoolgirl, was last year captured in France after a European Arrest Warrant (EAW) was issued.

Forrest, 30, of Petts Wood, denied abducting the youngster, but was convicted by a jury at Lewes Crown Court.

Catherine said: "Today's conviction shows how cooperation between French and British police can get results quickly.

"The arrest warrant is one example of police from across the European Union working together to catch criminals and make this country safer."

Earlier this month Catherine backed the Justice Against Borders campaign, which is opposed to UK plans to dump 130 EU police crime fighting measures.

Children's charity ECPAT UK has suggested at least 500 children could be at risk of serious abuse and trafficking if the opt-out goes ahead.

Catherine added: "Victims and potential victims of human trafficking would be increasingly vulnerable should the Government abandon cooperation with our European partners, such as Europol.

"Police across the UK have worked with forces around Europe to capture and bring to justice murderers, paedophiles, drug dealers and traffickers.

"But, instead of working to improve the relationship, the Conservative Party - typically - wants to sever the vital link completely.

"It is idiotic, and today's case proves why."