Lib Dem Euro MP Catherine Bearder has spoken out against calls from two African countries to temporarily legalise the ivory trade. Tanzania and Zambia have asked for a special allowance to sell their current stocks of ivory at a meeting that controls endangered species trade (CITES) next March. 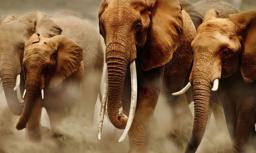 On hearing of these proposals Catherine said, "being the wife of a zoologist, and having lived in southern Africa for many years, I have a huge personal interest in the conservation of these animals."

As well as being a member of the Committee on International Trade, Catherine is on the Parliament's delegation to the (ACP) African, Caribbean and Pacific countries.

The decision will be voted on at the meeting of the UN's CITES in Qatar next March. Previous 'one off' sales of ivory have led to a rise in poaching and another risk that elephants will become extinct in huge parts of Africa. Many countries across Africa, led by Kenya and Mali, are strongly opposed to the proposal. Representatives from these countries are urging the European Union and Britain not to support these proposals.

Catherine argued, "the previous three "one-off" auctions of Ivory Stocks have shown the horrifying correlation between these sales with a rise in elephant poaching and the threat to the lives of many dedicated wardens."

"This ban in all African ivory was introduced to strangle the market for Ivory. If trading is resumed, even for a brief period, this demand will be re-established. It is impossible to show which ivory is 'legal' and which is poached once it is turned into trinkets. We need to do all in our power to prevent that from happening."