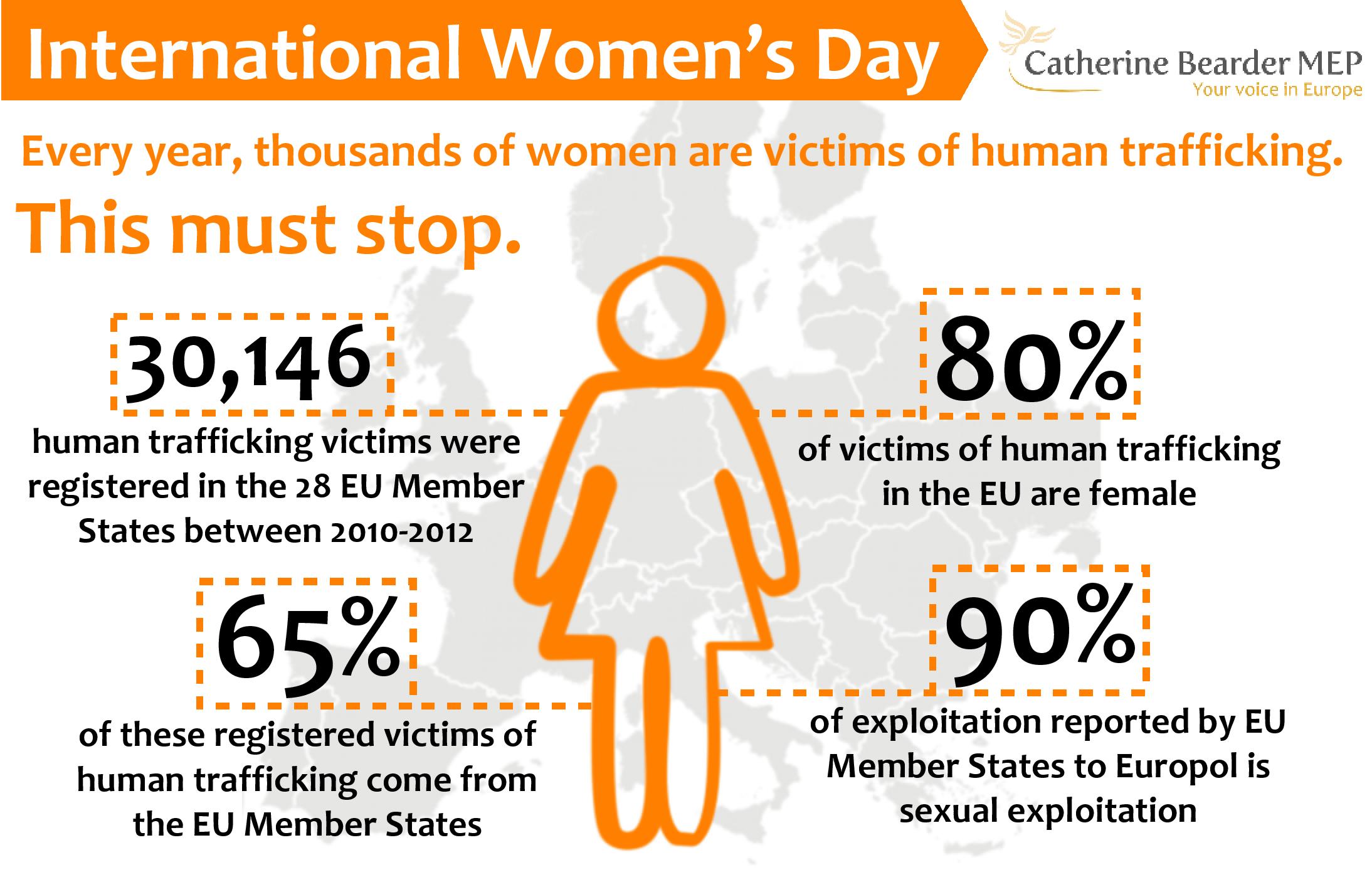 People across the world will be celebrating women’s achievements whilst calling for everyone to accept, support and campaign for gender parity.

“On International Women’s Day it is only right we focus on the difficult issues that women across the globe unfortunately encounter.”

“One such issue is human trafficking. Europol statistics show that between 2013-2014 90% of reported human trafficking was in the form of sexual exploitation, a crime which predominantly affects women.”

“It is vital that we see these trafficked women as victims, not criminals, and that each and every one of us remains vigilant to the signs of human trafficking.”

“Human trafficking is happening now, across Europe, under our noses, and we must open our eyes.”

“On a day in which we are all asked to #beboldforchange, I call on us all to fight against the disgrace that is this modern-day slave trade.”