In Europe In Work

The Liberal Democrat European election roadshow has dropped in on Maidstone bringing a message of the number of jobs that rely on our trading relationship with the EU. 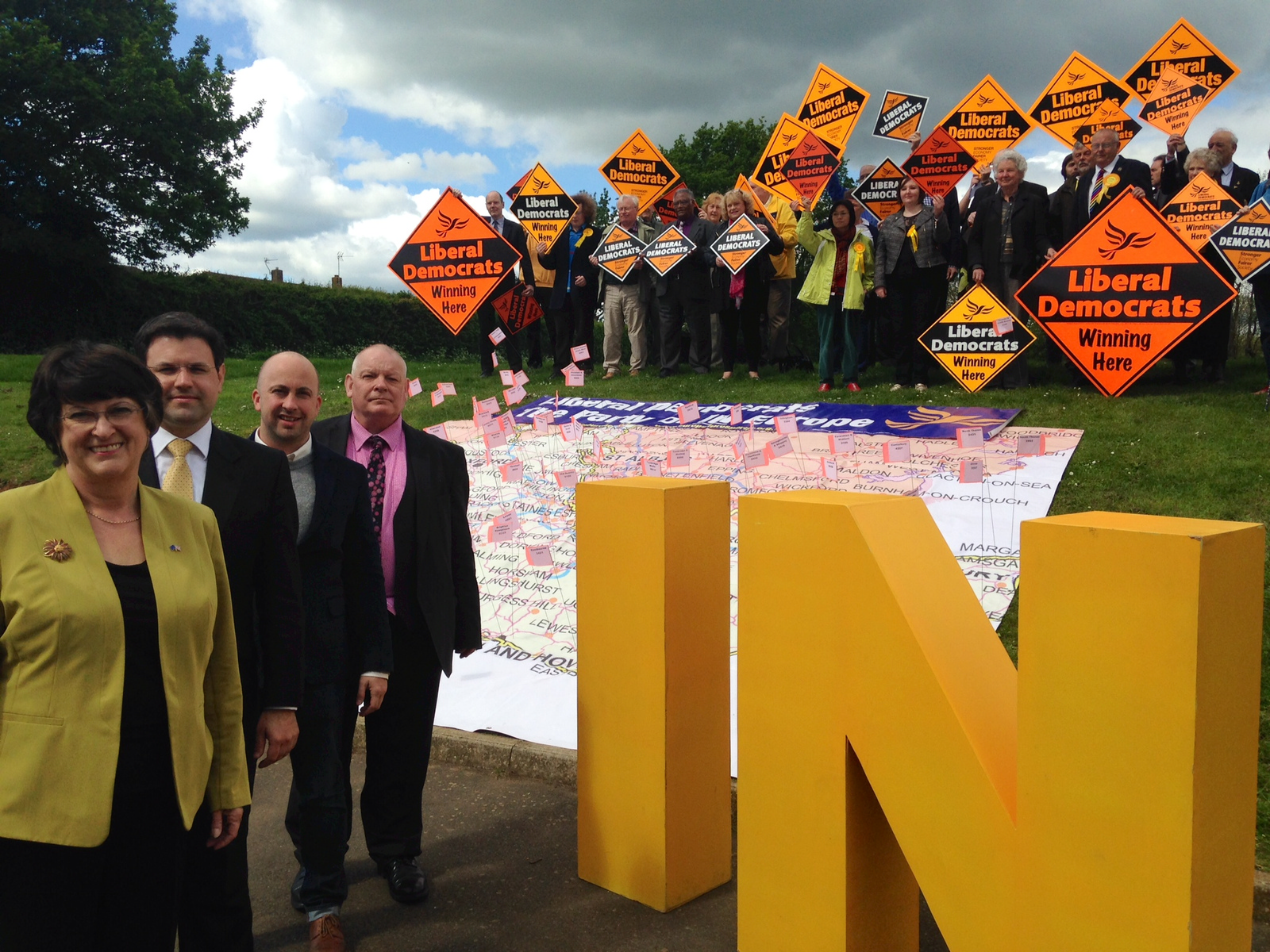 The rally was in Coxheath where Catherine Bearder MEP, Antony Hook and other Lib Dem Euro candidates unveiled a giant map showing where the jobs are in the South East dependent on trade with Europe.

In Maidstone and the Weald alone, 5,800 jobs depend on trade with the Continent.

Catherine Bearder said: "The Lib Dems are the party of "In" because we believe that being in Europe means being in work.

"We fully accept that the EU needs reform but as Britain emerges from the worst recession it has ever known, now is not the time to put those jobs at risk."