How can Britain celebrate Magna Carta and leave the ECHR in the same year?

Originally published on the New Statesman, Catherine Bearder and Dutch D66 MEP, Sophie in 't Veld comment on the contradiction of celebrating the 800th Birthday of the Magna Carta, the precursor to all succeeding rights legislation, with Tory plans to leave the European Convention on Human Rights. 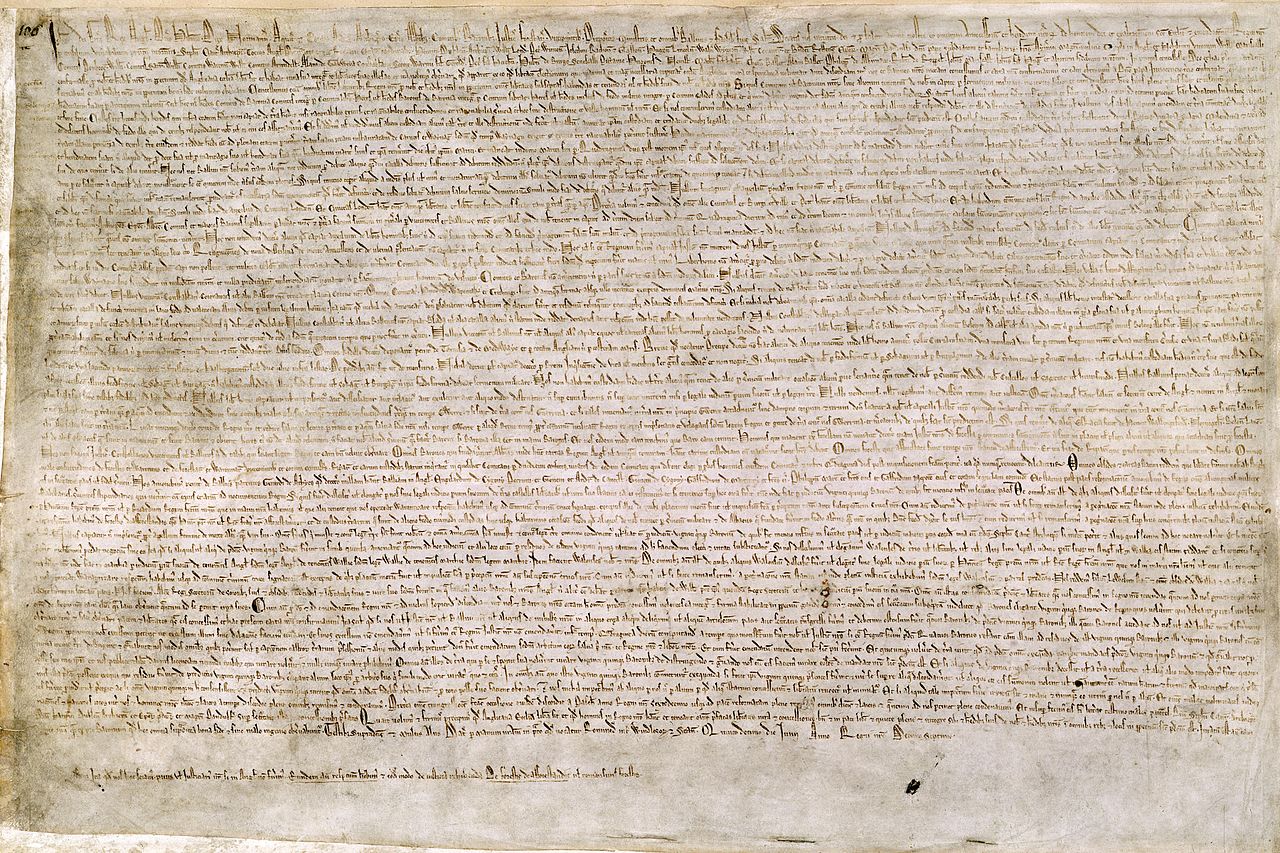 This year, Great Britain celebrates the 800th anniversary of the Magna Carta, the treaty between King John and a group of rebellious barons. One of the 25 'guarantors" of the Magna Carta was the Earl of Winchester, Saer de Quincy, whose ancestors were from France. De Quincy fought  King John when he failed to respect the Magna Carta, and asked the French prince Louis to take the English throne. De Quincy died in 1219, far away from home, on a crusade.

Today, De Quincy, as a crusader, would have probably have been labelled a "foreign fighter" by the intelligence services and would never have made it to the Kingdom of Jerusalem, stopped by profiling at the borders by the BA as he left the UK.  His attempts to have King John replaced by a French king would have landed him in jail under anti-terrorism laws. And no doubt GCHQ would have kept him and his fellow barons under 24/7 surveillance as a threat to national security.

Today Magna Carta is celebrated as one of the most important documents in the history of civil rights. It is widely seen as a precursor to later conventions that protect human rights and the rule of law, including the UN Universal Declaration of Human, the European Convention on Human Rights and more recently the EU Charter of Fundamental Rights. But Magna Carta was never meant to protect all the people, whereas the UN and European documents gives equal protection to all citizens, regardless of their status in society.

David Cameron hails Magna Carta as the ultimate expression of British values. Some Tories are now suggesting the UK should withdraw from the European Convention on Human Rights (ECHR) and return to these traditional values.  But against the backdrop of the Magna Carta anniversary celebrations, their arguments are especially ironic.  They accuse the ECHR of limiting the freedom of governments. But King John probably grumbled too about the Magna Carta unduly restricting his absolute freedom to rule as he wanted. Those in power must be bound by law in order to protect citizens from arbitrary rule.

800 years on, the values and principles laid down in Magna Carta have been embraced by large parts of the world. They have become universal and shared values that are core to the European Union as a community of citizens. Looking at the situation in today's Europe we should be glad that European courts in Luxembourg and Strasbourg protect us against governments exceeding and abusing their powers, undermining civil liberties and the rule of law.

Fundamental rights, the rule of law and democratic principles are frequently violated in nearly all EU member states. In some cases, the violations are serious and systematic.  The current Hungarian government is one of the most egregious offenders. In recent years we have seen critical media gagged, the electoral law changed to secure an absolute majority for the governing party, opposition parties weakened and the independence of the judiciary undermined. But there are many other examples across Europe: the anti-gay laws in Lithuania, the deportation of Roma people from France, the inhumane treatment of underage asylum seekers in the Netherlands and the collective disregard shown for the law and civil liberties in many countries' counter-terrorism policies.

We lose our moral authority if we tolerate torture, secret prisons, abduction, and indefinite detention without fair trials. These ugly blots tarnish Europe's status as a shining beacon of freedom and human rights in the world. EU governments must be held accountable for these crimes, including and especially those committed in the name of defending democracy.

That is why we need legal instruments to uphold our common values, even if this means that sometimes national authorities are overruled.  EU member states have voluntarily signed up to these supranational laws and conventions for good reason.  It is the essence of democracy that those in power are bound by laws and their powers are limited.  That may sometimes be awkward, but these checks and balances are the vital safeguards which protect us against abuse of power by the state.

These principles are not left or right-wing, nor are they alien to British culture. Quite the opposite: safeguarding citizens' rights and the rule of law have their roots in that ancient, famous document that we are celebrating this year. So the Magna Carta does not set Britain apart from the rest of Europe. It is the expression of the common European values that we have all come to embrace, but that we must never take for granted.