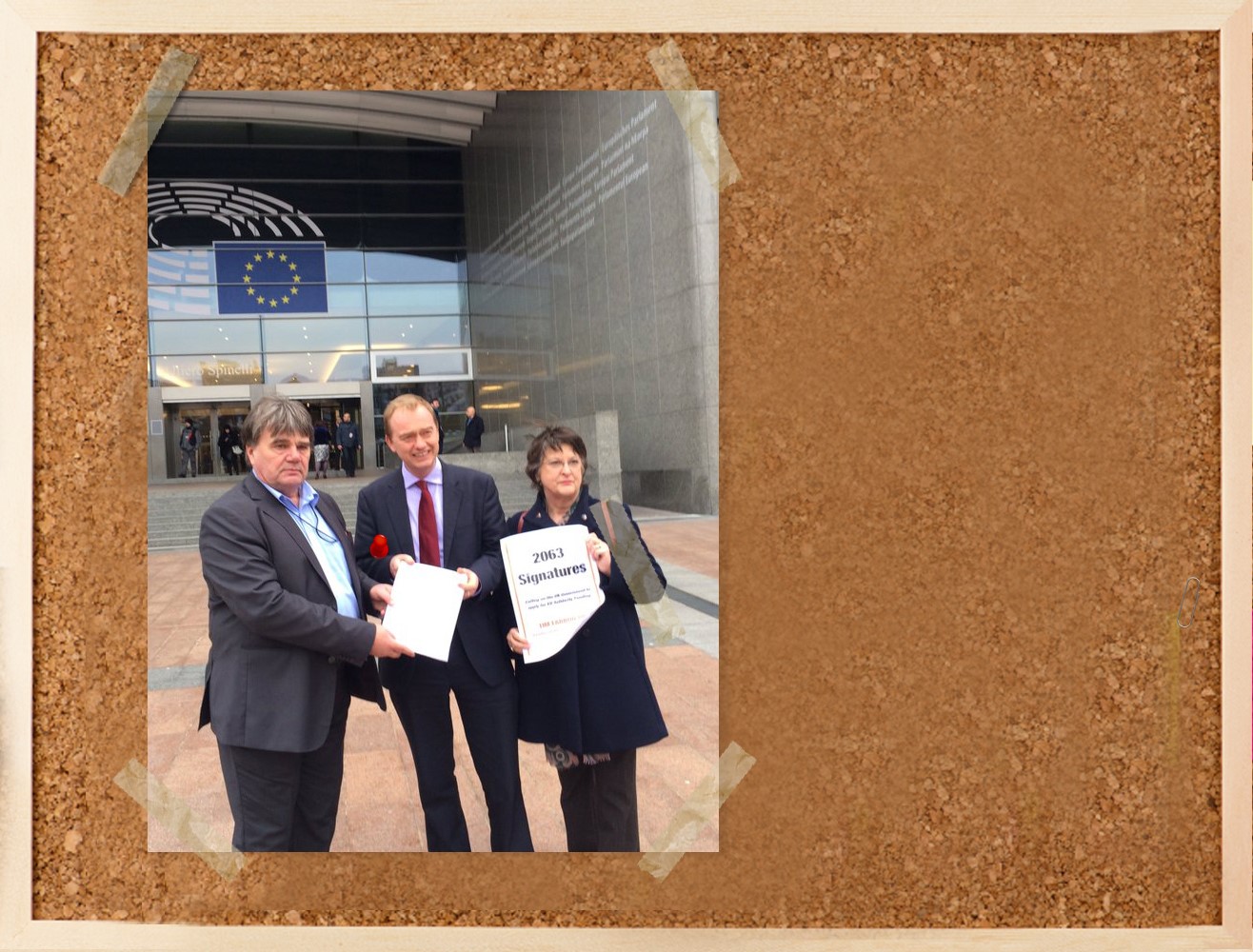 Tim Farron and I have been fighting for months to persuade the government to apply for EU solidarity funding for flood victims. The European Commission had confirmed to me last December that this money was there for the taking, so it was flabbergasting that the government had so far refused to apply on the flimsy grounds that it would not offer immediate help (an application takes a few months to process). The real reason I suspect was that the government was worried about upsetting its eurosceptic backbenchers by asking for help from the rest of Europe in a time of need.

So it came as something of a shock to find out today that finally the Conservatives have U-turned and will be making a last-minute application. This is a huge victory for the Liberal Democrats, who have been piling the pressure on the government on this issue from day one. And of course it is fantastic news for the communities across the North of England and Scotland whose lives were turned upside-down by the floods and who will finally get the additional funding they deserve.

Last week Tim Farron came to Brussels and together we handed over a petition signed by over 2000 of his constituents to senior MEPs, who promised they would approve a grant once an application is made. So the groundwork has already been laid. I’ll now be working hard in the European Parliament to ensure we can get the funding signed off and given to the people on the ground who need it as soon as possible. This money can be used to offset the costs of clean-up operations as well as the rebuilding of vital infrastructure. We now need to make sure it gets to the local authorities who have been affected by the floods and isn’t siphoned off by the Treasury.

I’m delighted that we’ve been able to deliver for all those who signed Tim Farron’s petition calling on the government to apply. This shows that when people get involved in politics and make their voice heard, they can make a real difference. That’s what Liberal Democrats are all about, empowering local communities and fighting for a fairer deal for those the Tories would rather forget about altogether.