I was honoured to be part of the European Parliament's observer delegation to the CITES CoP17 in South Africa. As a campaigner for wildlife protection I know the opportunity to influence protection at the highest level is rare. 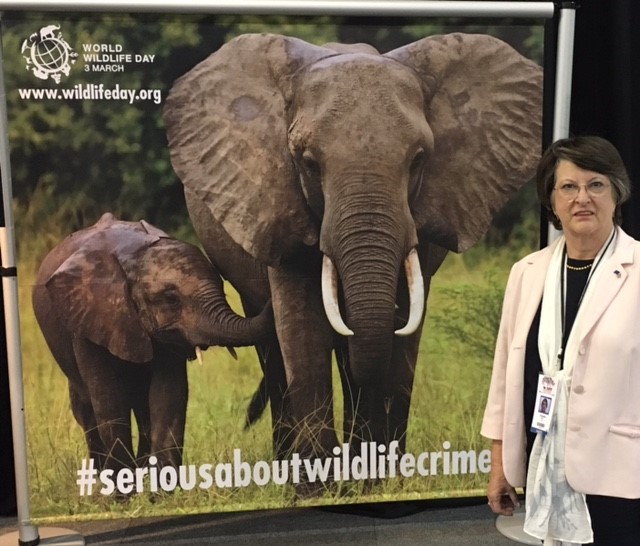 Before I headed to South Africa I voted in favour of a European Parliament resolution calling for all elephants to be listed on Appendix 1 of CITES (the Convention in Trade of Endangered Species) This would mean in effect a total ban on the international trade in elephants.

The resolution was overwhelmingly supported by MEPs which shows the European Parliament’s strong opposition to the trade in elephants and their ivory which in the past decade alone has seen the loss of 110,000 African elephants as a result of poaching and the massive global demand for ivory tusks as well as for trophy hunting.

Unfortunately the official European Commission delegation voted against the listing of elephants on Appendix I as instructed to by the Council of European Environment ministers, effectively ignoring the wishes of the European Parliament and the hundreds of thousands of citizens who signed an online petition calling for a total ban.

With that said the EU has a defacto ban in place on ivory until 2017 and has said it publicly opposes the international ivory trade. But a total Appendix 1 (the highest protection offered by CITES) ban would have sent a strong message that countries have to stop selling elephant trophies and  ivory immediately to allow elephant populations time to recover.

It is doubly saddening as the request was put forward by many of the African elephant range states from West and Central Africa as well as Kenya, so our snub to their request will send a message that yet again Europe 'knows best' in how to manage their resources.

When I garnered the support of these countries at the African, Caribbean and Pacific joint parliamentary meeting to issue a declaration in for the protection of elephants in 2014 I thought we were making good progress, but a golden opportunity to end the illegal ivory trade for good has been wasted this week.

But I will not stop fighting to protect these most vulnerable animals.  We must stop profiteering criminal groups needlessly poaching and trafficking elephant parts and hunters shooting them for the pleasure of a photograph.  They are some our planet’s most precious creatures and we should all be dismayed at the prospect of living on a planet where they no longer roam.