Europe must get serious about CSR 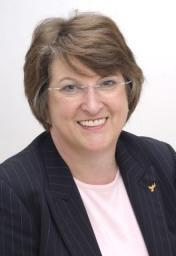 A member of the Committee on International Trade, Catherine emphasised the importance of European corporations maintaining high environmental and labour standards even when operating in countries that don't have

Please see below for the full text of Catherine's speech:

"The European Union has always prided itself on its principled trade policies, Article 3 of the Treaty of the EU:

In its relations with the wider world, the Union shall uphold and promote its values and interests and contribute to the protection of its citizens. It shall contribute to peace, security, the sustainable development of the Earth, solidarity and mutual respect among peoples, free and fair trade, eradication of poverty and the protection of human rights........." (Article 3 of the Treaty on the European Union)"

"While I fully support the strengthening of trade and investment ties between the European Union and its international trade partners, it is essential that any trade agreement the EU makes should complement rather than undermine these principles."

"It is simply not enough that trade agreements between the EU and third countries include reference to a dizzying array of International environmental and human rights standards. This has already shown itself to have little or no impact on improving standards in our partner countries."

"A major flaw in EU trade agreements is that they place no obligations on the companies operating under them."

"They create a legal framework for liberalizing trade flows between sovereign states, covering only the conduct of the states who sign them but not the companies that enjoy an easier business environment and increased capacity to profit within them."

"But what happens when a trading partner, as is often the case, has a very weak regulatory regime in which it is unable to enforce the law or properly regulate the conduct of companies operating on their territories?"

"The continued environmental degradation and flaunting of labour standards practiced by many Multi National Companies in their commercial activities abroad is testament to the fact that the EU needs a change of policy."

"This is why CSR must also form a part of EU trade deals in the future."

"I welcome this own Initiative report and call on the Rapporteur to lay down the case for EU trade deals in the future to incorporate strong, mandatory and transparent CSR standards on all companies operating within our trading partner states, and show how the EU can take enforcement action on companies based within our borders who transgress in this area to hold them accountable for their actions overseas."