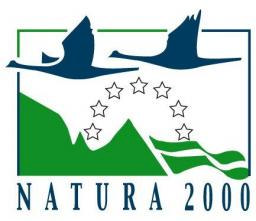 "I am delighted that Margate and Long Sands has been awarded the status of Special Area of Conservation.

"Liberal Democrats are working very hard in both Brussels and Westminster to make sure our environment gets the protection it needs - and the South East of England is full of unique areas that need protecting."

"But more must be done. We must invest now in the protection of the environment and biodiversity before we face the huge costs of its loss in the future."

"2010 is the International Year of Biodiversity and I hope it will inspire people into doing their bit to protect their local environment like here in Margate."

The Coalition Government announced on the 20th August the designation of fifteen new Marine Protected Areas around the UK coast.

Special Areas of Conservation are areas which have been given special protection under the EU's Habitats Directive. They provide increased protection to a variety of wild animals, plants and habitats and are a vital part of global efforts to conserve the world's biodiversity.

Special Area of Conservation status has been awarded to Margate and Long Sands as part of a package of measures being taken to deliver an ecologically coherent network of Marine Protected Areas (MPAs).

Special Areas of Conservation are designated in accordance with two key European Directives on the conservation of biodiversity, the Habitats Directive and the Wild Birds Directive respectively.