South East MEP Catherine Bearder is calling on the UK government to take action now, along with French authorities, to respond to the current humanitarian crisis in Calais after visiting the refugee camps there. Catherine visited Calais yesterday with the BBC to take part in the first radio show broadcast from the ‘jungle,’ the area in which refugees are held in Calais. 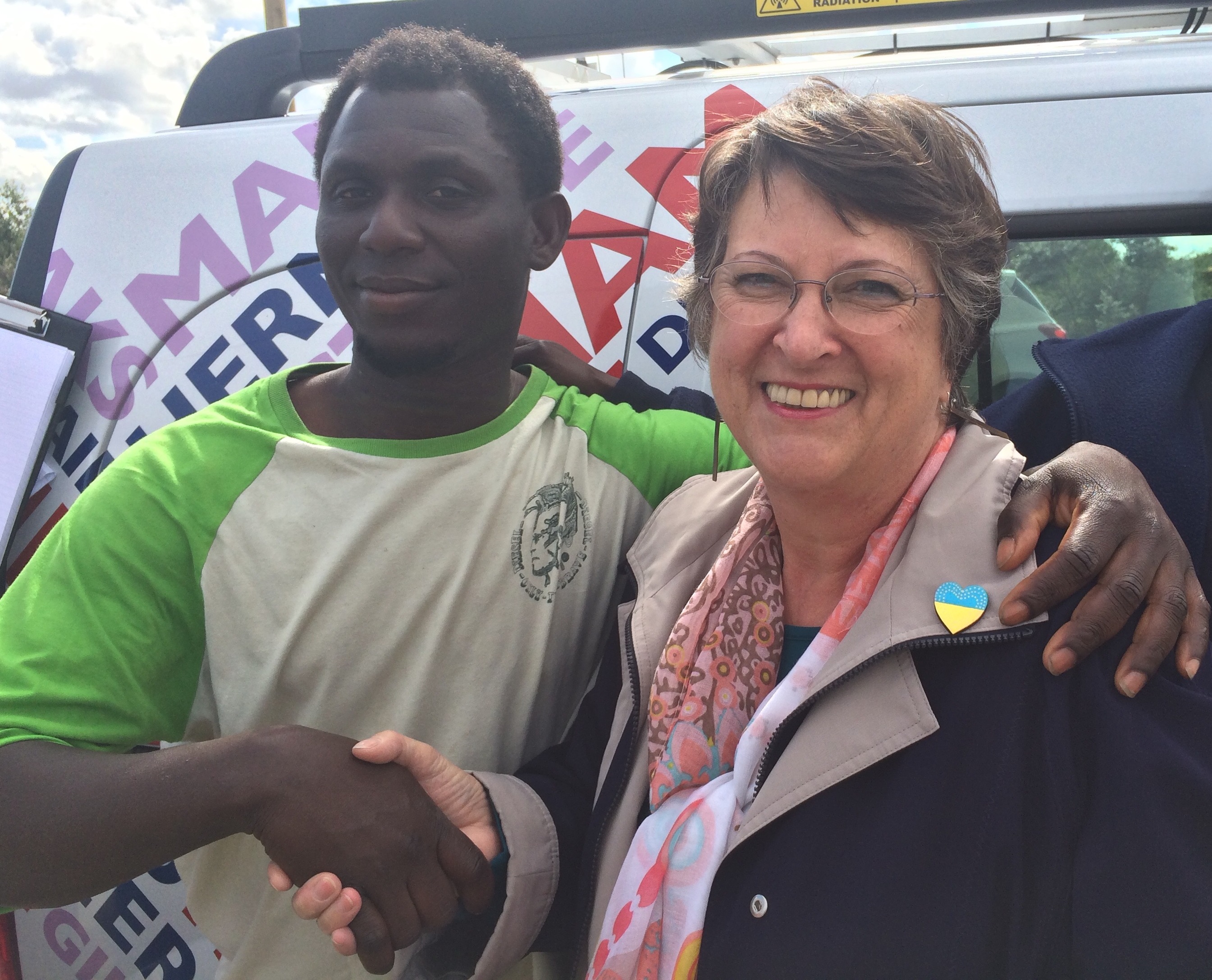 Currently Germany has set an example by allowing Syrian refugees to stay and apply for asylum, while the UK government has been ignoring calls to do more to help the thousands of refugees coming into Europe.

Catherine is calling on the UK to work with other EU countries to establish a common response to the refugee crisis, which would include setting up common centres to process asylum claims and distributing refugees more fairly around EU countries.

“Today I met Syrians, Afghans, Eritreans and Sudanese men and children.  Many had undergone appalling journeys to get to the camp.  It's a dreadful place to end up and the conditions there encourage them to get away, and their goal is to get to the UK.

“I am incredibly frustrated with Mr Cameron and Mrs May’s political posturing in the face of this suffering. The Prime Minister is pandering to people's worst instincts instead of standing up for humanity, decency and compassion.

"What we need is action, not rhetoric and fences. We need to assess these people and work with our European partners to find a solution to this encampment before winter sets in.  Building more fences will not deter these people, who have already overcome huge obstacles on their journey. It's just a way of hiding the problem and making politicians sound tough.

"It’s not the British way of doing things – we have a long and proud tradition of looking after the vulnerable and those fleeing conflict and persecution. From the Kinder transports to Ugandan Asians, we have always managed to do the right thing. It's time for British citizens up and down the country to stand up and tell David Cameron that we are prepared to look after these people who are in the most appalling of situations.

"Countries like Germany and Sweden are putting the UK to shame. We should be taking in our fair share of refugees and taking part in a common European solution, including stepping up efforts to tackle the root causes in countries like Syria and Eritrea."