EU-US trade deal: An opportunity we must not miss

Catherine Bearder MEP, a member of the European Parliament's trade committee, offers her thoughts on the trail towards a EU-US Free Trade Agreement... 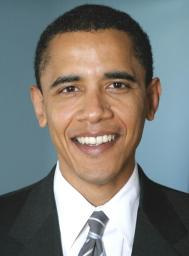 European Union is a good place to do business.

Governments in all member states know it, and the President of the USA knows it.

Barack Obama's State of the Union Address nailed his intention to forge a pact with the EU, which would knock-down trade barriers and prohibitive tariffs.

He is well aware of the benefit of securing a long-term trade relationship with the Union. It is an opportunity a faltering US economy cannot afford to pass up.

The US and EU accounts for almost half of global GDP and is worth a combined £393 billion a year, it's not a surprise the benefits of a trade deal are being realised and the feeling of optimism around the talks is palpable on both sides of the pond.

It will be made easier for deals to be brokered for a range of services as well as agriculture.

Pure free trade breathes life into economic growth and serves up a healthy raft of jobs. We need both, no matter which side of the pond we reside.

A deal would pull together two of the heftiest economies on the globe. It would be a powerful catalyst to overcome recession.

The US is by far the largest source of foreign investment in the UK.

A EU-US trade deal will provide a unique opportunity to stimulate the UK economy and create thousands of jobs without spending a penny of taxpayers' money.

But there are almighty battles to be won and the timetable is very ambitious with a two-year window for negotiations. Will it be achieved in that time, as other trade deals are still being negotiated? Time is running out for the Parliament and the Commission with the all change bell being sounded in 2014.

Europe will no doubt have to make concessions to Congress, and vice versa. The Agriculture chapter will be complicated requiring close scrutiny.

MEPs were reassured last week by the Commissioner that "no existing laws will be renegotiated" and we have a lot of restrictions on agricultural products that the US doesn't.

You only have to look at conflicting attitudes to genetically modified foods, for example, to see the discussions will be protracted.

Then there are the areas of intellectual property rights and data transference. The Parliament has had its trust in these issues dented by SWIFT and ACTA, so this needs to be rebuilt.

The Parliament, the Trade committee and the British MEPs on that will want to play a full role in scrutinising the agreement and this work has only just started.

In the Council the British ministers will also be closely involved in shaping and watching.

Britain's long and close relationship with the US will mean that we will have a key role in these negotiations and the final treaty.

But speed must not be the enemy of a good agreement, this is going to be too important not only to the UK, but for future trade agreements with other trading blocks, and ultimately it will influence the WTO too.

It will be worthwhile.

But I sincerely hope a potential referendum over Britain's membership of the EU does not plant seeds of doubt in the minds of US negotiators, or - even worse - weaken a potential deal.

For Britain, this is an opportunity to take a key role in negotiations, protect US investment in the UK and ensure trans-Atlantic business is improved.

But only by remaining an influential member of the EU, will the UK be at the forefront of setting global trading standards in the 21st Century.

The Obama administration has already made it clear it wants to see a strong British voice in the EU.

Now is the time to maximise British influence in the Union, welcome openness and resist protectionism.

We cannot afford to miss this opportunity.