After rail and air, passengers travelling by boat in Europe will be entitled to reimbursements and other compensation as of tomorrow (18 Dec) in case of cancellation or delays of more than 90 minutes. 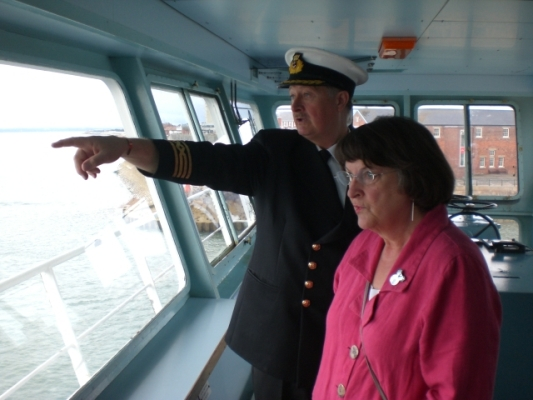 The new EU rules include guarantees of reimbursement or rerouting in case of cancellation as well as adequate assistance such as snacks, meals and where necessary accommodation of up to three nights (with a limit of £65 a night). In situations of delay in arrivals, passengers will be entitled to compensation between 25% and 50% of the ticket price.

LOCAL Lib Dem MEP Catherine Bearder said it was important to raise awareness of these new EU rules as in the case of air and rail travelling many passengers were often left in the dark about their rights. SHE added:

"It is great news for passengers travelling by ferry or going on cruises to be able to get assistance and claim compensation when things go wrong.

"People with a disability or reduced mobility are especially protected by the new rules and entitled to specific assistance free of charge both at port terminals and on board ships."

In March 2013, EU passenger rights will be extended to travel by coach.

The Regulation on passenger rights in maritime and inland waterway transport was published on 17 December 2010 as Regulation 1177/2010. It will enter into force on 18 December 2012.

The Regulation applies in respect of passengers travelling

- on a cruise where the port of embarkation is situated in the territory of a EU Member State.

All boats carrying over 12 passengers will fall under the new rules, with the exception of excursions and sightseeing tours. Not subjected to the rules are ships with an operating crew of no more than three persons, or where the overall service is less than 500 metres.