EU rules on blood safety are in need of urgent revision to prevent the accidental spread of Ebola through blood transfusions, Liberal Democrat MEP Catherine Bearder has warned in a letter to EU Health Ministers meeting tomorrow for an emergency summit in Brussels. 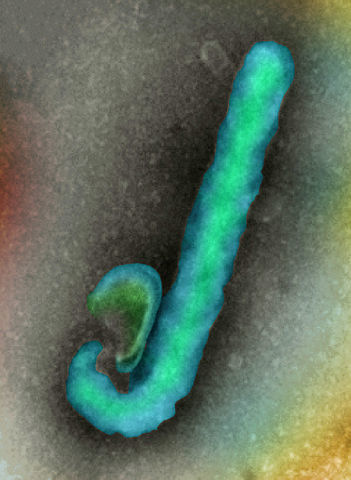 Mrs Bearder pointed to a recent report from the European Centre for Disease Control (ECDC) warning that "specific guidelines" are needed to detect and control for blood donors who may have been exposed to the Ebola virus.

"There is a real risk of Ebola spreading through blood transfusions, and so the EU and its member states must make sure that sufficient precautions are put in place.

"If Europe does become faced with an Ebola epidemic, we could be faced with a perfect storm in which supplies of blood components are desperately needed but we cannot ensure that they are safe.

"The current EU rules on blood safety date from over 12 years ago and are in urgent need of revision, I'm urging European Health Ministers to look at how best to update them before it is too late."

The 2002 EU Directive on blood safety standards requires all potential donors to undergo a health check by a qualified medical professional, while donors returning from malaria-risk countries must have their donations deferred to see if they have contracted the disease.

However, the ECDC has warned that these rules are not sufficient to prevent the risk of Ebola spreading through blood transfusion. This is due to a lack of data over the stage at which Ebola patients become infectious and the fact that the incubation period during which there are no visible symptoms can last up to 21 days, meaning a physical health check-up may not be sufficient to detect blood donors who may have contracted Ebola. In addition, while malaria-risk countries currently overlap with West African countries suffering from the Ebola epidemic, there is a strong possibility that the outbreak will spread to countries where there is no malaria risk.

In her letter Mrs Bearder suggests that because of the lack of a blood screening test for Ebola, ministers should consider control measures including longer deferral periods for donors and the use of available technologies to detect and deactivate pathogens in donated blood.