The European Commission has announced an Action Plan to crack down on the illegal wildlife trade and impose minimum sentences on wildlife traffickers, following a successful campaign led by Liberal Democrat MEP Catherine Bearder. 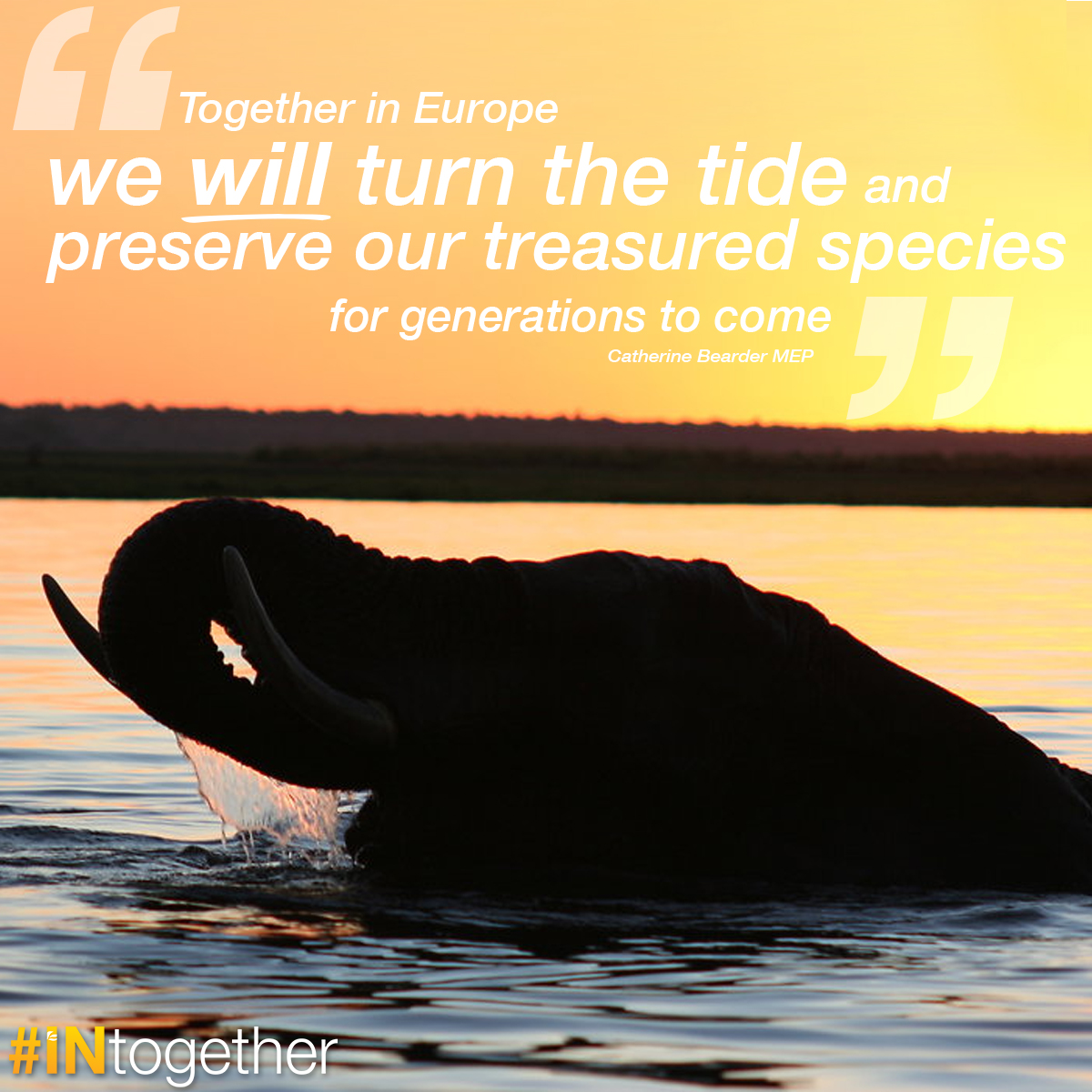 Soaring rates of poaching are seeing 22,000 elephants killed a year and at current rates the species could be wiped out within a decade. The EU Action Plan aims to turn the tide and clamp down on the criminal gangs running the illegal ivory trade.

Key elements of the plan include:

Liberal Democrat MEP Catherine Bearder, who wrote a letter to the Commission co-signed by 81 MEPs calling for an Action Plan in 2014, commented:

"Today marks a huge step forward in the global fight against wildlife crime.

"We can only tackle this issue by taking a coordinated approach, tackling the root causes of poaching and cracking down on the criminal gangs making billions from this despicable trade.

"Together in Europe we can turn the tide and help save elephants and other treasured species for future generations."

Will Travers OBE, President of the Born Free Foundation, said:

“The EU Action Plan on Wildlife Trafficking is exactly the kind of coordinated measure needed to bring an end to a practice that is robbing the world of some its most iconic species, threatening human lives and causing insecurity and instability in some of the world’s poorest nations.

"If fully implemented, it will have a profound and positive impact not only on addressing wildlife crime within the EU but also in source and transit countries. It demonstrates that, in this instance, EU Member States are more effective acting together than alone, and that they can deliver what the great majority of European citizens want – a safer, more secure future for life on earth.”