EU has a responsibility to Syrian refugee crisis

The EU and its member states should guarantee Syrian refugees safe entry to the EU and access to fair asylum procedures, says the European Parliament's Civil Liberties Committee in a resolution voted on today. 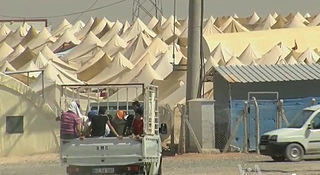 This cross party support follows the Liberal Democrat (ALDE) group's appeal to the European Union to convene a major humanitarian Conference on the Syrian refugee crisis and to offer refugees a temporary access to the EU last month.

The resolution calls on the EU to go on providing humanitarian aid and support and on Syria's neighboring countries to keep their borders open.

Over 2 million refugees, 76% of whom are women and children, have now fled Syria.

"The pictures we have seen of this refugee crisis are heartbreaking and the European Union has a responsibility to respond.

"These people, overwhelmingly women and children, are being killed and displaced on a daily basis on the doorstep of the EU.

"We should be helping them and the countries that are already overstretched with this issue.

"The fact that the UK parliament voted against our involvement with potential military action in Syria does not mean we should do nothing. The UK, with the rest of the EU have a responsibility to work together to help these refugees.

"The EU is the number one donor of humanitarian assistance so has to play a key role in ending the Syrian refugee crisis as well as the conflict."