Romney Marsh is not the right place for a nuclear waste dump, Euro MP Catherine Bearder has stressed. 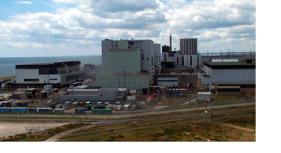 Shepway District Council is considering an idea to build a storage facility for high-level radioactive waste underneath the marsh.

But Mrs Bearder, an MEP for the South East and President of the Green Liberal Democrats, has called for the plan to be spiked.

She said: "I don't want to see the marsh become the site for a nuclear dump.

"I realise the UK has to deal with this problem, but I cannot see the logic in shifting nuclear waste to a densely populated corner of South East England."

Dungeness nuclear power plant on the marsh is being decommissioned and a new storage facility could offer new jobs for the area.

It is thought a dump would be built 200m to 1,000m underground, although activists are concerned about the environmental impact.

The group Protect Kent has already called for the proposal to be quashed and Kent County Council wants a county-wide referendum.

Meanwhile, Catherine has also demanded an apology from Shepway District Council after she was listed in a council document as a supporter of the scheme.

She added: "Let me make it clear, I do not think this is a good idea and, I'm sure many people in Kent agree.

"I have written to the council to ask for its report to be amended and an apology from whoever is responsible."

Catherine visited Dungeness B power station last year to learn more about the safety measures in place and apprenticeship opportunities for local people.