Catherine Bearder MEP yesterday urged greater cooperation between the Commission and the European Parliament to improve responses to natural disasters, like the flooding that hit parts of South East England in 2007. 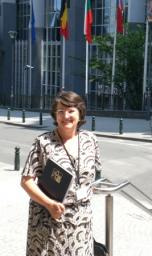 The European Solidarity Fund is intended as a relief fund to help Europe's regions react to natural disasters. However, the complicated rules that determine how the fund is allocated mean the mobilisation of funding is a slow process. Proposals for simplifying these rules have been agreed by the Commission and the Parliament but have been held ransom by the Council of Ministers.

In Wednesday's meeting of the Committee on Regional Development, Catherine welcomed the Commission's determination to address this issue and called on the Council to redress these proposals, which are of significant importance to the South East region.

Catherine said, "the Commission released €162 million from the European Solidarity Fund to help the UK respond to the flooding in 2007, but it arrived several months after the disaster occurred. We need the Council to stop blocking proposals designed to simplify these rules."

"The Council is refusing to free the European Solidarity Fund from the bureaucracy that stops it from doing what it was created to do. Only by doing this can funding be released when it is most needed."

"Oxford could have really benefited from European funds when our city was flooded in 2007. Climate change is making the sort of flooding we experienced a much more common occurrence. If it happens again we need to make sure we are able to respond to it quickly so not to allow the damage from 2007 to occur again."