The award is to recognise the contribution local leaders make in advancing the liberal cause and was introduced by the Liberal Democrats' European party grouping, ALDE. 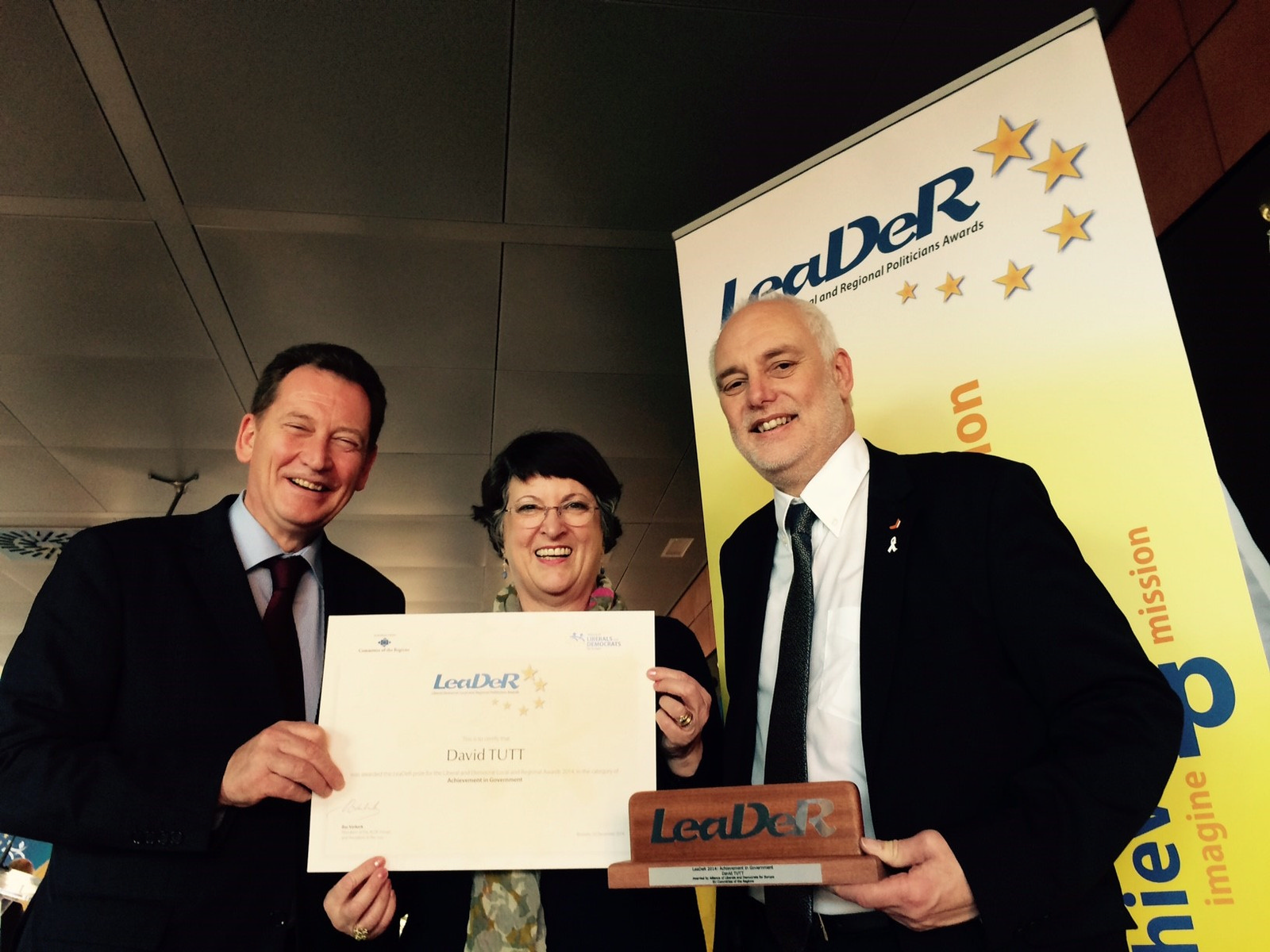 David Tutt was nominated by Eastbourne's Euro-MP, Catherine Bearder, for his enormous contribution to the local community by attracting investment into the town, including £100 million from Legal & General.

Catherine Bearder said: "I am thrilled David's hard work in Eastbourne has been recognised in this award.

David has worked tirelessly in Eastbourne to ensure the town continues to go from strength to strength and when I heard about the awards I was delighted to put David's name forward as I know the huge impact his work is having on the Eastbourne community.

"David is now a winner, just as he's made Eastbourne a winner."

David Tutt commented: "I am delighted to have received this award for Achievement in Government. It reflects the work that the Liberal Democrat administration have done to transform the Council from being to judged the worst in the South East to one which is frequently visited by other Local Authorities who are seeking to copy our work.

"The changes have improved the service which Eastbourne provides to the local community whilst absorbing cuts in Government expenditure and freezing Council Tax for 4 years.

"My thanks go to Catherine Bearder for nominating me, my colleagues in Eastbourne and our employees for their commitment to the changes."