On Thursday June 6 Greenpeace's 50-metre ship the Arctic Sunrise will arrive in Hastings to offer its support to local small-scale sustainable fishermen at a crucial time in their fight for a fairer share of Britain's fish. 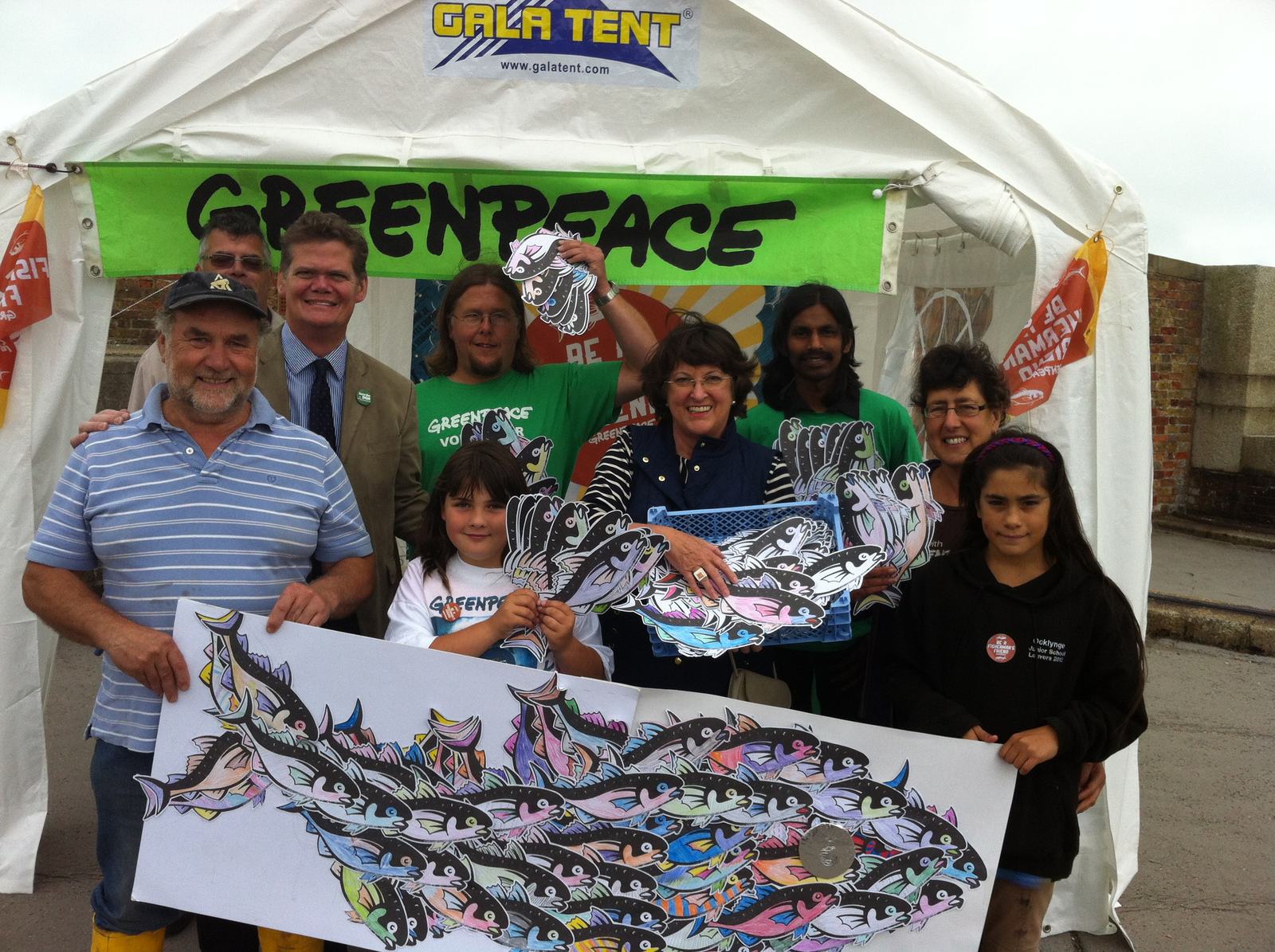 The 950-tonne icebreaker, veteran of campaigns from the Arctic Ocean to the Amazon river, will drop anchor a mile off the Hastings shore where it will be met by a flotilla of local fishermen.

Local politicians, including South East Lib Dem MEP Catherine Bearder and Hastings Labour deputy mayor Bruce Dowling, will be ferried to the Arctic Sunrise where they will meet representatives of the local fishermen. Weather conditions permitting, the South East MEP will sail to the Arctic Sunrise on a fishing boat all the way from Eastbourne - a one hour trip.

Greenpeace has brought its ship to Hastings as part of a UK campaign to support endangered local fishing communities who are under threat from a system which unfairly favours the most powerful and destructive boats.

Under the current disastrous EU fisheries policy, boats under ten metres long, which make up 77 per cent of the UK fleet and provide 65 per cent of our fishing jobs, only receive four per cent of UK quota. But the deal over the reform of Europe's fishing laws reached in Brussels last week could pave the way for a better deal for fishermen who fish sustainably and bring benefits to the local economy.

Fisherman Paul Joy from Hastings said: "The Hastings beach-launched fishing fleet is the jewel in the crown of Britain's small-scale sector, but decades of quota mismanagement by the government have meant many local fishermen are now on their last legs.

"A fishing tradition going back more than a thousand years could be wiped out from this coast within a few years unless local small boats are given their fair share of Britain's quota. It's great that Greenpeace has taken up this cause, and I hope local people will come out to show their support on Thursday."

Over the last year Greenpeace and local fishing communities along the UK coastline have formed an alliance to bring pressure on the fisheries minister Richard Benyon and the UK government to support local sustainable fishermen gaining access to British fish.

Campaigners are now calling on the minister to seize on measures included in the proposed new fisheries policy to transform the way Britain's fishing quota is allocated so that sustainable local fishermen can receive their fair share of fish.

Nina Schrank, oceans campaigner for Greenpeace, said: "Just over a year ago Greenpeace started working with local fishermen like Paul to demand that the UK government and Europe fix the broken system that shuts out small-scale fishermen, subsidises the most environmentally damaging fishing methods and destroys local jobs, communities and fish stocks.

"The draft of a new fisheries policy emerged last week includes measures that can help turn around the fishing sector and throw a lifeline to small boats like those in Hastings. Greenpeace will continue to work with fishermen to ensure that the UK government delivers the best deal for local crews, their families and communities, and the local environment."