Catherine Bearder has put her name to a petition "to ensure men with eating disorders are given the same opportunities for treatment and care as female sufferers". This is part of 'Men Get Eating Disorders Too' - a web and publicity campaign to raise awareness of male eating disorders. 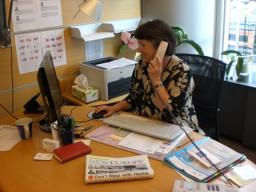 Catherine was made aware of this campaign by one of her constituents who informed her that eating disorders among men are becoming increasingly common. There is none or incredibly little service provision for those men with anorexia, bulimia, binge eating disorder and other conditions.

Catherine was joined by her fellow Liberal Democrat MEP in the South East Sharon Bowles in signing the petition and supporting the campaign and said afterwards that "I strongly urge everyone to get behind this campaign to raise awareness of an issue that is going unnoticed.