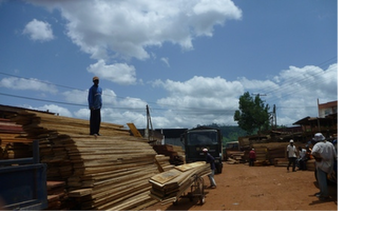 This is an area of forest where thousands of people risk being removed from their land in order to allow for the clearing of carbon rich woodlands containing many globally threatened animal species.

Catherine, who questioned the European Commission on the issue of biofuels from the Dakatcha region earlier this year, wrote to IKEA citing the assurances she has received from the Commission that biofuels from sites such as Dakatcha are unlikely to be able to enter the European market under Renewable Energy Directive targets as they are not deemed to be sustainable.

IKEA's response stated: " we will keep on closely monitoring the development in Dakatcha and rest assured that IKEA will not accept energy produced with oil sourced from this area unless we are provided with all the guarantees that the cultivation is respectful of people and environment".

"I'm encouraged by what I've heard from IKEA and congratulate them for the action they've taken.

"I wish IKEA the best of luck with their long-term ambition to supply all of their buildings with 100 percent renewable energy, but we need to ensure that the energy is truly sustainable and not sourced with biofuels from areas like Dakatcha.

"I will continue to monitor this situation for IKEA and other European companies."